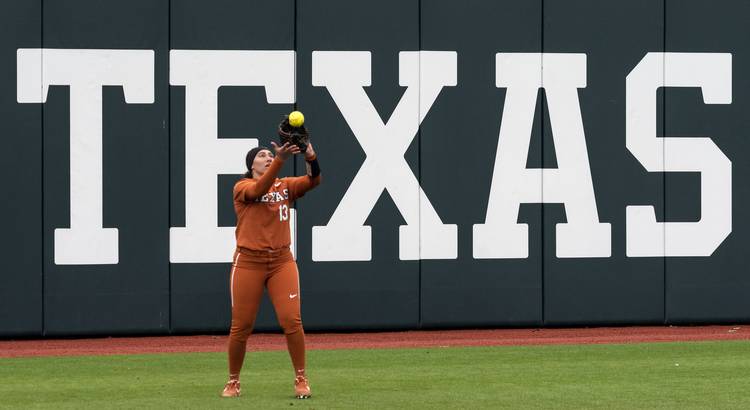 If you had asked Lauren Burke what her go-to breakfast was a few weeks ago, she would’ve given you eggs or avocado toast as her answer.

Then someone introduced her to breakfast tacos.

Now the Oregon native is hooked. Stuff a tortilla with sausage, cheese and eggs and set aside some green salsa, and you’ll have her attention. “I will vouch for them,” Burke said. “I will bring them home with me too and show my family.”

Breakfast tacos are now part of the regular routine for Burke — a sophomore utility player for Texas who transferred from Oregon — when she has classes in the Belo Center for New Media and CMA building.

But tacos aren’t the only things that are new these days for Burke, who has helped Texas to a 7-1 start. She transferred in January, arriving alongside three former Oregon teammates — junior pitcher Miranda Elish, junior outfielder Shannon Rhodes and sophomore catcher Mary Iakopo. All four played for new Texas coach Mike White, who also brought two of his former Ducks assistants with him to Austin. In all, seven former Oregon players and coaches are now Longhorns. And only five remain at Oregon.

When White departed for Texas last June, he left behind a trove of talent in Eugene. But nine Ducks have left the Oregon program since former Oklahoma assistant Melyssa Lombardi was hired to replace White. That includes the Texas quartet; Elish was an All-American pitcher who went 37-2 in her two years at Oregon, Iakopo and Rhodes were dependable starters and Burke was actually raised in Eugene.

The Oregonian, citing anonymous sources, has reported that part of the fallout was due to a culture change under Lombardi, which included a team dress code. The Eugene Register-Guard wrote that a rift was created when Lombardi ripped the program’s past accomplishments. Lombardi was part of four national titles at Oklahoma; Oregon, which has made it to five of the last seven Women’s College World Series, has never won a championship or even finished as a national runner-up.

All four former Ducks gave different answers when asked about their transfers to Texas. Iakopo had started to lose love for the sport. Burke said she wasn’t sold on Oregon’s new coaching style. Rhodes was “ready for a new look.” Elish, who had committed to White as an eighth-grader, wanted to keep playing for her coach.

“If coach White wanted me, I was going to come here,” she said. It turned out that Texas had scholarship money available. White also had holes he wanted filled on his new roster.

White said this week that he was looking for an experienced pitcher to pair with UT senior Brooke Bolinger. He also was searching for “another key player.” And since Taylor Ellsworth was the only catcher on the roster, he wanted depth at that position; Texas also looked at former Utah catcher Kelly Martinez before she transferred to Texas A&M.

Elish and Burke announced their transfers on Oct. 22. Rhodes announced hers a month later. On Dec. 22, it was Iakopo’s turn.

“It wasn’t the plan all along to bring in four Oregon transfers,” White said. “If they were four players from different clubs, I’d take them on their own merit.”

Players following their coach to a new school isn’t common, but it also isn’t rare. There are 58 new coaches this season out of 297 Division I softball programs; 31 of those 58 coaches were head coaches at other schools in 2018. And of those 31, five ended up bringing in at least one transfer player from his or her former program.

At Texas, the Longhorns have quickly gotten a boost from their Oregon transfers.

Elish is 2-0 with a 0.41 ERA and leads the team with a .500 average and .778 slugging percentage. All four of Texas’ home runs this season have been hit by their former Ducks, two of them coming from Rhodes. With Ellsworth nursing a hand injury, Iakopo has become the full-time catcher. Burke has started five games and is hitting .417.

“They’ve brought a lot of competition back to this team,” junior infielder Malory Schattle said. “The last couple years, we’ve played really hard but we just haven’t had that grittiness that we’ve needed.”

The transfers have all brought a winning mentality to Texas. Over the last two seasons, Oregon won 41 more games than Texas. The Ducks reached the World Series in both 2017 and 2018.

“We just bring experience,” Elish said. “We can help them relieve some of that pressure that we might feel in the postseason when we make it to the World Series.”

Texas is ranked 11th this week in the NFCA’s national poll. Six spots back is Oregon;  the Ducks are 7-2 with a win over LSU, which has handed Texas its only loss.

One more time for the folks in the back🗣 https://t.co/a9mt6jXP51

Last week, ex-Oregon pitcher Megan Kleist, who’s now at Louisiana-Lafayette, chastised a fan who had criticized the former Ducks that had transferred out during a celebration of the win over LSU. She insisted that the players who left Oregon wish nothing but the best for their old teammates and program. “Respectfully, move on, so we can all do the same,” she tweeted.

That tweet was acknowledged online by the four new Longhorns. That process will continue to play itself out this weekend at the Texas Invitational when the Longhorns play host to Ole Miss, Sam Houston State and Tulsa at McCombs Field.