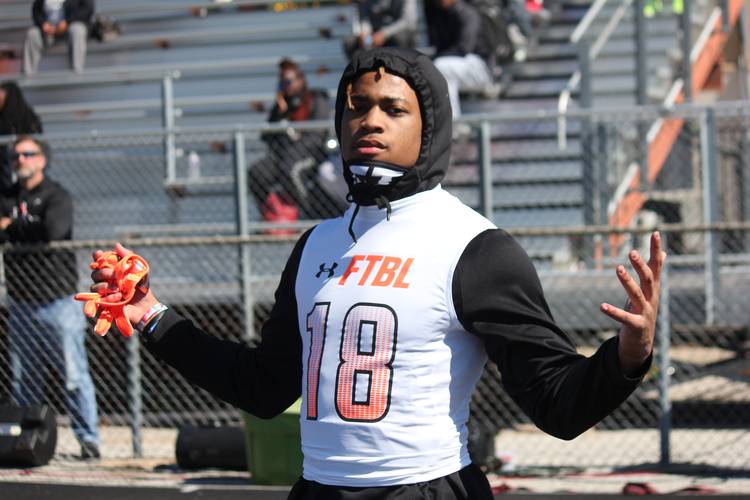 Gone are the days when running backs lined up in the backfield and were tasked with pounding the football 30 times a game. Modern schemes require a larger skill set than the big backs could provide. The hybrid-back was born. Think Darren Sproles or Alvin Kamara. Texas’ offense wants to utilize those types of players.

The Longhorns signed Jordan Whittington in the 2019 class to help fill that void. The five-star talent should play as a running back and slot receiver. Texas gained a commitment from a versatile back in the 2020 class when four-star Mookie Cooper pledged at junior day.

Even the big traditional looking backs like five-star Zachary Evans play slot receiver and know the value of being a three-dimensional running back, meaning you must run, block and split out as a receiver. Texas target Ty Jordan understands this transition.

“The one-dimensional back that just runs isn’t valued anymore,” said Jordan, a three-star back from West Mesquite who participated at the Under Armour camp in Dallas last weekend. “Coaches want backs who are dynamic and are three-dimensional with running, blocking and receiving. It’s a mismatch for a defense. I can go out in the slot and we don’t need to change personnel and that’s an advantage against defenses.”

“Coach (Stan) Drayton is recruiting me the most,” he said. “I really mess with Texas. They’re recruiting me hard and showing me a lot of love.”

Another player who fits that mold is three-star Carthage standout Kelvontay Dixon. He’s the younger brother of Texas running back Keaontay Ingram and a member of the 2020 Fabulous 55. The 5-11 athlete can play running back or receiver.

“The recruiting process is going great and my brother has helped me a lot. He’s told me to take all of my visits,” Dixon said. “Texas is a strong family tie for me. I’ve known those coaches a long time because of my brother.”

Aledo’s Jase McClellan would be the state’s top-rated running back in most cycles. Evans holds that distinction in 2020, however, and McClellan doesn’t mind. His focus is on winning another state championship, chasing rushing records and finding the right college. He’s committed to Oklahoma.

“I still talk to coaches and give every school a chance to show me what they offer,” McClellan said. “I just focus on getting better and doing my job for my team. I’m not focused on rankings and all that. I’m more focused on finding the best place for me after high school.”

The five-star mentioned Texas, LSU and Georgia as the teams he’s listening to.

“I talk to coach Drayton all the time,” he said. “He’s a good person.”