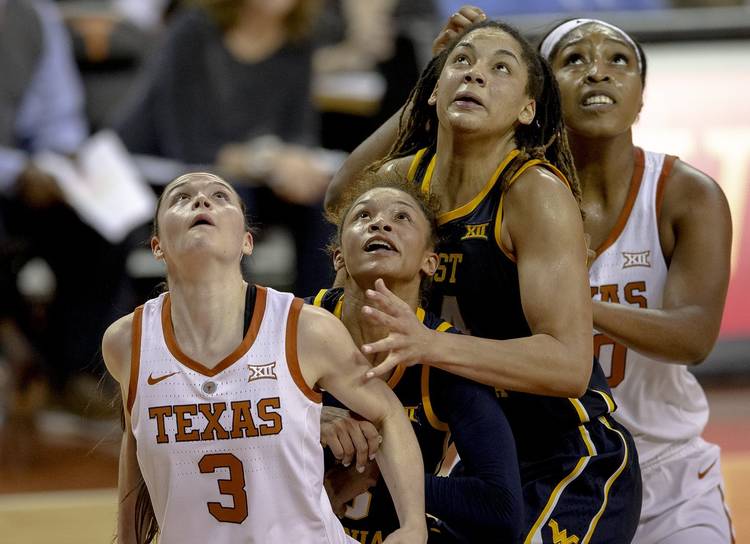 The journey to senior night has been paved with challenges for Olamide Aborowa.

A native of Lagos, Nigeria, the Texas forward admits she considered quitting basketball altogether a handful of times. A role player during her four years, she often sought support from teammates and coaches. Somehow, she managed to stay the course. On Saturday, she’ll join teammates Jatarie White and Danni Williams on the Erwin Center court for the final time as players when the 18th-ranked Longhorns host No. 20 Iowa State in the final regular-season home game.

“There were times I didn’t think I’d be here (on the team) today,” Aborowa said. “The fact I’m still here as a senior is great. … I chose to be here because I love the people I’m here with. I didn’t want to be anywhere else.”

Head coach Karen Aston drew comparisons between Aborowa and the season that the Longhorns have had. The energetic senior has been “resilient” throughout her four years, Aston said, just as the team has shown resilience during a tumultuous season that has been highlighted by highs and lows.

The coach and players promise that Monday’s 64-35 loss to No. 1 Baylor is in their rear-view mirror. The Longhorns have fought through most losses with success. Texas fell to then-No. 6 Mississippi State and then No. 8 Tennessee in back-to-back non-conference games in December, but it’s the only time the Longhorns have lost consecutive games.

A victory over Iowa State would give the Longhorns no worse than a share of second place when the regular season ends on Tuesday.

Williams, a graduate transfer from Texas A&M, said she expects to be emotional for her last college home game. It also will give the seniors a chance to prove Monday’s lopsided loss to Baylor is behind them.

“We’re ready,” she said. “We’ve had a good week after returning to practice on Wednesday. A lot of positivity. What happened on Monday does not reflect who we are. We’re just eager to get back and showcase our team.”

While Aborowa plans to go to graduate school, Williams hopes to prolong her career by playing professionally overseas.

“I’d like to play until my body doesn’t let me anymore,” said Williams, who aspires to become a college coach after her playing days are over.

White, who played two years at South Carolina before transferring to Texas, also hopes to play pro ball. She said her time in burnt orange has had its rewards.

“The best part for me was learning to be on a new team and seeing the freshmen come in,” she said. “I looked at them like babies. Leading them and guiding them has been a lot of fun. Knowing they are looking at us and looking for us to guide the way has been a good part of this year.”

For Aborowa, life certainly changed when she moved from Lagos to Philadelphia for her sophomore year of high school. She came to the United States as part of a program called Hope 4 Girls Africa. After graduating from Goretti Catholic High, she chose to continue her education at Texas.

“I’ve learned to open up and be more of myself and be confident in who I am and what I actually bring to the table,” she said.