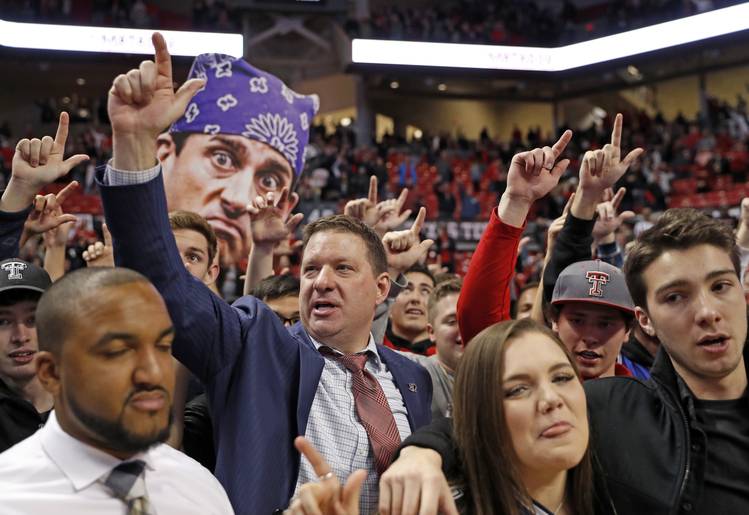 Texas Tech coach Chris Beard refused to dance around the question back in mid-January.

Could the Red Raiders become Big 12 men’s basketball champions? Could Tech be the team that ends Kansas’ incredible run of 14 straight league titles?

“Could we? Yes, we could be,” Beard said after a six-point win over Texas in Austin on Jan. 12. “The first part is kind of embracing that. It’s not arrogance. It’s just the truth. I mean, you’ve gotta believe. If I don’t believe, the players aren’t going to believe.”

The final week of the Big 12 regular season begins with a logjam atop the standings. Tech and Kansas State are tied for first place. Kansas is one game back, and Baylor is two. Every team has two games remaining.

Texas (16-13, 8-8) is not in the championship mix, but could help ruin things for the Red Raiders. The two teams meet at 8 p.m. Monday at United Supermarkets Arena in one of the biggest late-season games in recent years for the Tech faithful.

It’s likely to be a near sellout in a building that holds 15,000. The overwhelming majority will have their “Guns Up” as Texas fans haven’t traveled to Lubbock much for basketball in recent years.

Tech closes out the regular season with a trip to Iowa State this weekend. Kansas State plays at TCU on Monday and then hosts Oklahoma on Saturday.

UT coaches and players can breathe easier about their NCAA Tournament chances after securing a win Saturday over Iowa State. Most bracket prognosticators believe Texas will be among the field of 68 on Selection Sunday. The Big 12 could get seven or eight teams into the tournament, as this doesn’t looks like a strong year overall for Power Five conferences.

Still, the Horns still need to finish this week strong and take all the momentum possible into the Big 12 tournament.

Asked about the opportunity, UT guard Jase Febres said, “Really big. That’ll be a really big game for us. We know we can go in and compete with them regardless of the circumstances we have with our team.”

Tech got off to a slow start in Saturday’s 81-66 win over TCU in Fort Worth. But the Raiders powered to the finish line. Five players finished in double figures in what was the team’s seventh straight league win.

“We always feel like we’ve got a chip on our shoulder,” Beard said afterward, according to the Lubbock Avalanche-Journal. “I’d hate to ever go into a game thinking the other guy wanted it more than us.”

Texas guard Kerwin Roach II remains on indefinite suspension for an undisclosed violation of team rules. It’s unclear if he will be reinstated prior to next Saturday’s home finale against TCU, which is also senior night.

Athletic director Chris Del Conte, not coach Shaka Smart, has the final say on the issue as Roach has violated a university policy.

Smart could use another victory against a ranked opponent. In Big 12 play, Texas is 3-5 against teams ranked in the Associated Press Top 25. Another win would secure that Texas finishes at least sixth in the league race. Teams that finish seventh through 10th must play an extra game in the Big 12 tournament in the first round.

How sweep it is: No. 22 Texas catches fire, rallies past No. 2 LSU for series win