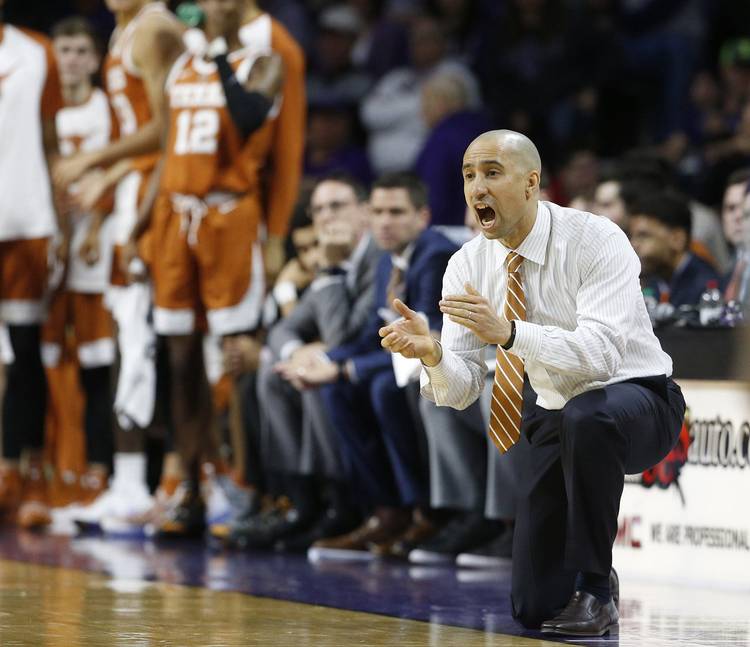 KANSAS CITY, Mo. — The Longhorns face one of those fork-in-the-road moments Thursday night at the Big 12 tournament.

Beat third-seeded Kansas, and sixth-seeded Texas is likely in the NCAA Tournament.

Lose to the Jayhawks, and it’s likely the NIT.

“That’s what I heard from some sources. I think that’s true,” guard Matt Coleman III said after Wednesday’s shoot-around at Sprint Center. “I haven’t really thought about it. I just know if we take care of business here, one game at a time, who we play in the future will take care of itself.”

The Longhorns (16-15, 8-10 Big 12) have only themselves to blame for nudging up this close to the heater. The loss to TCU in last Saturday’s regular-season finale was brutal. No .500 team has ever made the NCAAs as an at-large selection.

Unless the Horns win three straight in three days, they’re going to take one more loss before Selection Sunday. Do it again Thursday, and Texas will be 16-16. It’s doubtful the NCAA selection committee will go against decades of history.

The Jayhawks (23-8, 12-6) are mere mortals this season. Texas lost in Lawrence  by only two points and was a botched final play from possibly winning. Then the Horns won by 10 in Austin, and Kansas coach Bill Self called his team out for being soft.

“I don’t think we have the same mindset to fight that maybe some of the teams in the past have had to fight,” Self said on Jan. 29. The Jayhawks, who had won 14 straight league titles, saw their incredible streak end this season. Kansas State and Texas Tech shared the league championship.

Texas guard Kerwin Roach II, the team’s leading scorer, returns to the lineup after being suspended the last five games for an undisclosed violation of team rules. The 6-4 senior was averaging 15 points and 3.1 rebounds. Coach Shaka Smart said he’s unsure whether Roach will start or come off the bench. The Horns went 1-4 without Roach in the lineup. A UT spokesman would not make Roach available to reporters after Wednesday’s shoot-around.

“He’s excited to play,” Smart said. “He’s been practicing this whole stretch while he’s been out from games. He’s been working hard on his game. He’s really, really looking froward to getting out there and playing.”

This could be Jaxson Hayes’ only trip to the Big 12 tournament. The 6-11 big man was asked by numerous reporters about his future plans, and like Hayes always has, he rejected those questions into the bleachers.

Hayes was named the Big 12 freshman of the year and a second-team all-conference pick. He’s averaging 10.3 points and 5.1 rebounds. NBA scouts salivate over Hayes’ size and potential, and the player is considered by some to be a NBA lottery pick.

“If I want to stay another year, I can stay. If I want to go, I’ll go,” Hayes said. “I’m just going to take time to think about it, because my family doesn’t need the money. We could use the money, obviously, but it’s not like we need it.”

So will he stay or go?

“He certainly needs continued growth and development like everyone else,” Smart said, “but that doesn’t necessarily answer the real question you’re asking.”

This event hasn’t been kind to the Longhorns this decade. Texas hasn’t been to the Big 12 semifinals since 2014. Getting to the semifinals used to be a regular occurrence under former coach Rick Barnes. His problem was usually getting over the last hump and winning it all.

Thursday’s matchup won’t be an easy night in front of thousands of Kansas fans in the Power & Light District. The Jayhawks are still without senior guard Lagerald Vick (14.1 points) but will have Marcus Garrett, who missed five games in February with an ankle problem.

Just having the word “Kansas” stitched across one’s chest should inspire focus.

“I mean, it’s Kansas,” UT senior Dylan Osetkowski said this season prior to the second matchup. “Once you go to college, everybody wants to play against Kansas, Kentucky, Duke, those types of schools.”

Asked Wednesday if this was the perfect matchup considering the circumstances, Smart just shook his head.

“When you get to this time of year, you better have a high level of respect for any team in your league,” he said. “But certainly Kansas, for many, many years, has been the class of the league.”

High level of respect, indeed. After all, Texas’ postseason hopes are riding on it.

The Dotted Line: An early look at the Big 12’s other 2020 recruiting classes

With no QB competition expected at Texas, Sam Ehlinger adjusting to new role as elder statesman