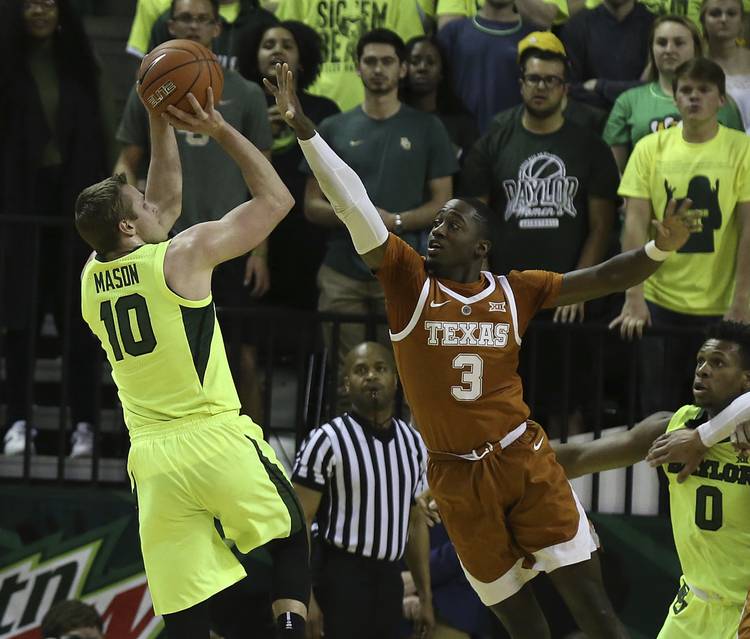 The men’s basketball season isn’t over, although some would argue otherwise. Thus, Texas coach Shaka Smart isn’t ready to dissect how a promising campaign turned so blah.

“I’ll talk to you as much as you want when we’re done, but for right now, we can’t go back and change those,” Smart said Sunday night.

“So we’re going to focus on being the best we can this week and trying to win and advance in the tournament we’re in,” Smart said.

So nothing bothers him about specific things that happened this year? “Absolutely, there is.”

In retrospect, the Longhorns had plenty of chances this season to build up enough wins, or at least get one or two more, that could’ve made the difference. Don’t waste any time dissecting the NCAA’s NET rankings or Kenpom analytics. Texas simply didn’t win enough this season to warrant inclusion in the field of 68.

Six games truly stand out among UT’s 16 losses. Credit poor effort, lack of effort, lack of execution or some combination of all of it combined. Looking back at these six losses, it’s easy to see how the Horns didn’t accomplish enough to warrant inclusion into the NCAAs:

Texas had started the season 5-1 and jumped up to 17th in the national rankings. That included a thrilling overtime win over Arkansas and a sizzling victory over No. 7 North Carolina on Thanksgiving. The Radford game was the first of a six-game home-stand designed to rack up victories.

Most Texas fans’ attentions were focused on Arlington, not Austin, as the football team was one day away from facing Oklahoma in the Big 12 championship game. Back home, the basketball Horns just flat-out laid an egg.

Dylan Osetkowski and Kerwin Roach II, the team’s two seniors, were 2-for-14 combined from 3-point range. Texas was 5-for-27 from long range while Radford hustled and did everything right.

Radford ended up going 22-11 and made it to the championship game of the Big South tournament.

Poor shooting against Radford spilled over into the next game against Virginia Commonwealth. The Horns were 4-for-17 from 3-point range and somehow could not beat a mid-major that shot 28.1 percent overall. Jericho Sims was the only UT player in double figures with 14 points.

After that game, Texas was shooting 40.5 percent for the season, which was the lowest total in the Big 12 at the time. Was this as good as it was going to get?

“That’s a very fair question,” Smart said afterward. “The only positive response I have to that is I’ve seen these guys be much better. I’ve seen them make more shots.”

After starting league play 2-0, the Horns went on the road to Stillwater. Oklahoma State was picked to finish last in the Big 12 in the preseason. The lackluster effort shown that night was abysmal.

Texas needed 10 minutes, 31 seconds to score 10 points. The Horns committed five turnovers in the final 2:25 before halftime. They were 0-for-9 from 3-point range in the first half and finished the night 2-for-22.

“I think whether the guys want to own up to it or not, myself included, I think we were a little satisfied being 2-0 to start conference,” Osetkowski said afterward. “We came in sluggish, not really respecting Oklahoma State like we should have.”

Smart later said he spent “a lot of time” talking with Osetkowski and others about that quote and looking past OSU.

The Jayhawks opened the first and second halves by pounding the Horns. Yet, Texas steadied itself and battled back at Allen Fieldhouse. Jase Febres went on a scoring flurry late, and Texas trailed by two on the game’s final possession.

On the final play, Matt Coleman III brought the ball up the floor, and Roach was supposed to stay in the corner as a kick-out option. But Roach thought Coleman was in trouble with Kansas’ press and, almost magnetically, brought defenders toward Coleman.

Febres got off an off-balance 3-pointer that missed, and the Horns left knowing they let a golden opportunity slip away.

Former Longhorns great T.J. Ford was the guest speaker at a fundraiser at the College Football Hall of Fame the night before Texas played in the Big 12/SEC Challenge in Athens, Ga. Fresh off a Sugar Bowl win, Texas fans were eager to see the basketball matchup between UT and Georgia.

The defensive effort was jaw-dropping. Georgia shot 70.6 percent from 3-point range (12-for-17). It was the third-highest total in 114 years of Georgia basketball. This from an offense that ranked 11th in the SEC’s offensive totals.

Osetkowski chewed out his teammates during one huddle. The lack of fight in the second half was disturbing. Georgia cruised to the finish. That same team finished next-to-last in the SEC standings with a 2-16 league mark.

“We say it every single day,” Osetkowski said afterward. “What we want to do is still right there in front of us to go do. But something has to change.”

Not every Big 12 loss was bad. Texas played hard but came up short at Iowa State and then at home against Kansas State. But the loss in Waco was a crusher, one that summarized the whole season. Texas looked great but couldn’t finish.

The Horns got rolling midway through the first half and led 40-29 at the break. They built up a 19-point lead with 14:49 remaining in regulation. But Baylor went to work on the offensive glass, gobbling up almost everything in sight down the stretch.

The Bears battled all the way back by scoring 23 second-chance points, mostly through glass work, and tied things up. Coleman had a chance to win it in regulation with a left-handed floater, but it missed.

Then in overtime, Jaxson Hayes caught an inbound pass but shuffled his feet for a turnover. Baylor’s Mario Kegler hit two free throws after a questionable foul call, essentially sealing the win.