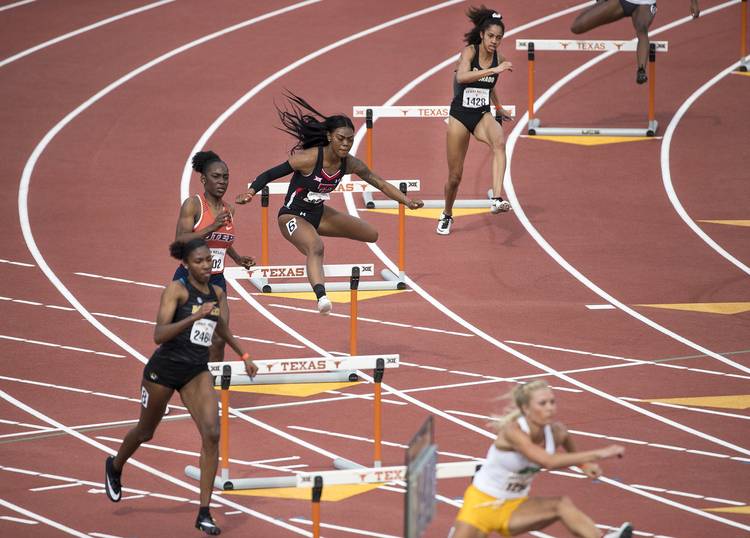 Texas freshman Camille Johnson finished ninth in the women’s javelin Thursday at the Texas Relays with a top throw of 43.49 feet. She’s the daughter of former UT football All-American Johnnie Johnson; her brothers, Collin and Kirk, play for the Longhorns’ football team.

Johnson and UT teammate Elena Bruckner are from the same high school in California.

Anderson recorded the four best tosses of the event, topping out at 243-4 on her fifth attempt. Competing for Northern Arizona, Anderson also won the hammer throw at the 2018 Relays.

Bruckner, a UT junior, fouled on her first three attempts and did not finish the event.

Daniel Roberts won the men’s hammer throw with a toss of 235-8.

Etc.: Texas senior Kirema Macharia was timed in 54.83 in his heat in the 400-meter hurdles. Sophomore teammate Isaiah Lucas was timed in 54.90 in his heat. … Marble Falls sophomore Bailey Goggans was scheduled to run in the 800-meter invitational Thursday night. Goggans was to compete against six collegiate runners (including UT’s Gabby Crank) and two pros. Goggans won the Class 5A 800-meter title at last year’s UIL state meet.