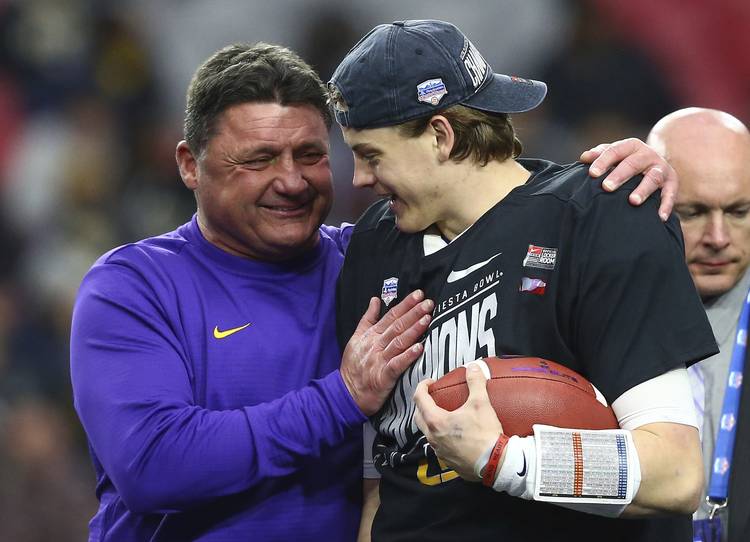 If a recruiting cycle is a 12-round boxing match against the elite programs in the country, out-of-state programs are up on the scorecards as May approaches. The 2020 Fabulous 55 already contains 22 commits with only seven pledged to in-state programs. Four are committed to Texas A&M. Three to Texas. The rest are heading out of state unless something changes between now and signing day.

LSU is running the state with five pledges on the Fab 55, including top-16 talents Lorando Johnson, Alec Bryant and Courtland Ford. The Tigers picked up commitments from Houston Cypress Creek outside linebacker Josh White and offensive guard Akinola Ogunbiyi, who was once pledged to the Aggies.

Clemson and Ohio State possess one pledge each on the list, but it’s the SEC and Oklahoma doing the most damage. The Sooners hold commitments from four prospects, including five-star running back Jase McClellan and athlete Drew Sanders. Expect that number to grow over the next few weeks.

Vanderbilt gained a commitment from quarterback Ken Seals. That means the Commodores possess more pledges from the Fab 55 than all of the Texas schools combined outside of Texas and Texas A&M. It’s a trend that continues to set back the Big 12, specifically. Programs like Baylor, Texas Tech and TCU are further down the pecking order with the emergence of SEC programs in Texas since A&M jumped ship.

It’s not that SEC teams never recruited Texas before. It’s that it’s easier when each SEC West program is guaranteed a game inside the state every other season. That’s a huge advantage inside a player’s home when convincing mom that Louisiana or Alabama is a better option than Texas. Not to mention all of the kids displaced from Hurricane Katrina now growing up and choosing to return back to their roots.

Texas and Texas A&M will be fine on the recruiting trail. The Longhorns are coming off consecutive top-three recruiting classes. The Aggies are surging under the direction of head coach Jimbo Fisher, boosted by the aura of SEC football. It’s the other programs inside state that are taking a hit. TCU inked the third-best class in the Big 12 after Texas and Oklahoma in 2019 and it was ranked No. 33 in the country. The Horned Frogs were 25th in the 2018 cycle. The last time a different program than TCU was third behind Texas and OKlahoma was Texas Tech in 2015. The Red Raiders signed the 32nd-best class that year.

Right now, the scorecard reads 12 for the SEC and seven for the Big 12. It also reads 15 for out-of-state programs and just seven for the state of Texas. We like to call our high school football the best in the country. It’s obvious that the talent within the state doesn’t hold the same opinion of the programs inside the state unless it’s a school wearing burnt orange or maroon. It’s a trend TCU, Texas Tech and Baylor must stop in order to become relevant on a national scale.

Top-ranked Oklahoma sweeps Texas, but ‘there’s a lot to learn from playing this team’

The Dotted Line: Texas will add star potential when rest of 2019 class arrives in June