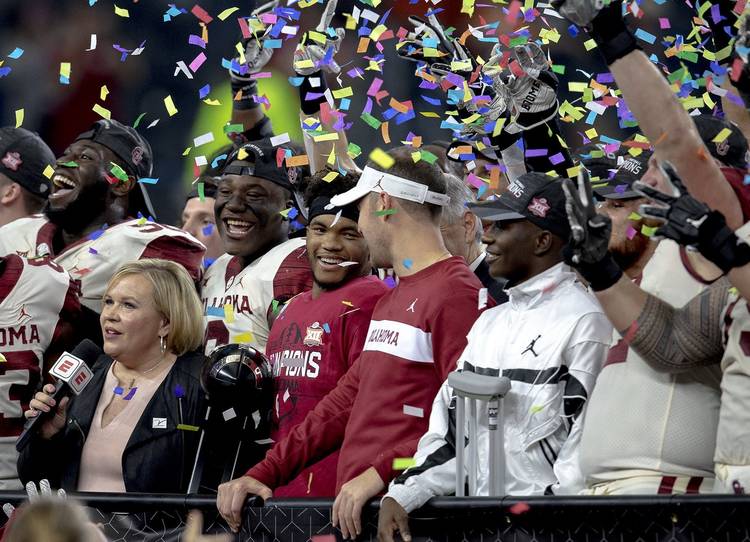 It’s still early in the 2020 recruiting cycle, but the process has sped up in recent years with the advent of the early signing period and the ability of juniors to take official visits in the spring. Oklahoma is over 25 percent done with its class assuming no one de-commits. Texas is at five players. There is a clear separation after those two, just like in most years.

The interesting aspect of the 2020 class is the amount of new faces at head coach around the Big 12. TCU’s Gary Patterson and Oklahoma State’s Mike Gundy are the only real tenured coaches in the conference with guys like Lincoln Riley, Matt Campbell and Tom Herman becoming elder statesmen quickly.

Early analysis: Oklahoma enters the 2020 cycle having won four consecutive Big 12 titles. That undoubtedly helps Riley and the Sooners, especially in Texas. Oklahoma is running the Dallas-Fort Worth area right now with six of its seven recruits hailing from DFW. Four of those prospects are members of the Fab 55.

The best of the bunch are McClellan and Sanders. McClellan, a five-star running back from Aledo, would be considered the best back in the state in most cycles. Sanders is a potential star at tight end.

Early analysis: The Longhorns stormed out of the recruiting gates after 2019 national signing day with five commitments. The loss of slot receiver Mookie Cooper hurt, but Texas replaced him with versatile offensive weapon Jaden Hullaby. The current star of the class is Card, a dual-threat quarterback from Lake Travis who was invited to the Elite 11.

The backbone of Texas’ class is along the offensive line with early pledges from Garth, Parr and potential center Jake Majors. The Longhorns have yet to land a commitment from a defensive player.

Early analysis: Oklahoma State became the first Big 12 program other than Texas and Oklahoma to land a commitment from a member of the 2020 Fab 55, stopping a trend of poor recruiting performances by Big 12 programs. Half of the Cowboys’ commitments are Texans. Pullen and Russ give the class toughness along the offensive line.

Early analysis: Campbell’s commitment to remain the head coach in Ames should spark recruiting success for Iowa State. That’s the challenge for teams like Iowa State — convincing stars to come to campus without them worrying about a coach leaving for greener pastures. Campbell appears ready to anchor the program for the foreseeable future, and that will help in households across the country. Pauls is a rugged, tough offensive tackle. Bouman is a big-bodied pocket-passer.

Early analysis: It’ll be interesting to watch how the recruiting strategy at Kansas State switches with Bill Snyder no longer running the show. It’s Chris Klieman’s program now, and he’s off to a fast start on the prep circuit. Snyder relied heavily on the JUCO ranks. Vaughn is a three-star running back from Round Rock Cedar Ridge. It’s clear that speed is the main focus for the new coaching staff early in the cycle.

Early analysis: Les Miles expects to make Kansas a real player on the recruiting trail for the players who slip past programs like Texas and Oklahoma. His time recruiting Texas as the head coach of LSU should give him real connections with head coaches across the state. Miller is a 6-4 wide receiver from The Colony. Expect Kansas to land a handful of DFW prospects in each cycle Miles runs the show.

Early analysis: West Virginia is another Big 12 program undergoing a coaching shift. New head coach Neal Brown appears ready to bring West Virginia anywhere and everywhere possible with all four of his commitments hailing from different states. Lewis is a borderline four-star defensive end with the frame to play defensive tackle after two years in a college weight room. Washington is a 6-4 wide receiver.

Early analysis: Matt Rhule signed a top-40 class in 2019 cycle after a horrid first year at Baylor. The Bears showed improvement in 2018 and that should pay dividends for the 2020 cycle. Three of the four commits play in Texas with McWilliams headlining the four-man group.

Early analysis: Matt Wells officially takes over and is tasked with returning Texas Tech to consistent appearances in bowl games and a run at the occasional Big 12 title game appearance. Dubar floats under the radar due to attending a small school in Anna. Smith is 6-4 and capable of playing multiple positions.

Early analysis: Patterson is rarely in a rush to fill his recruiting class. He lets the bigger dogs filter through the stars while he analyzes players to fit into his system. TCU has ended with the third-ranked class in the Big 12 the past two cycles and won’t remain in the cellar past the summer. Harrison, a wide receiver from Hutto, is a quick playmaker who can help in a variety of roles.