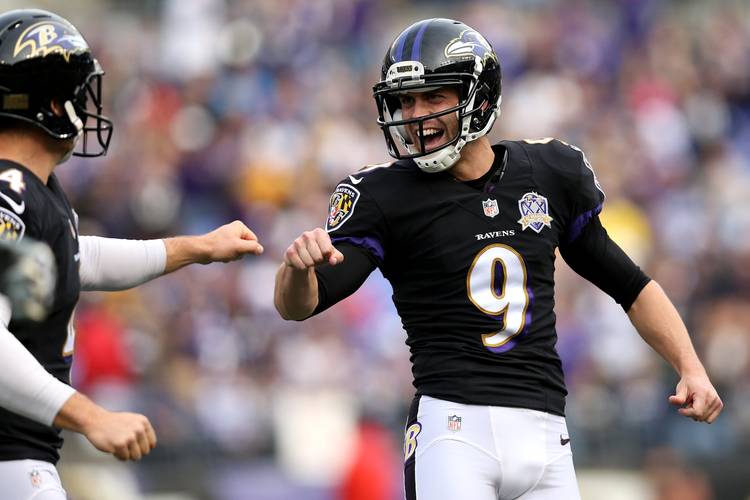 Justin Tucker, a Houston native who moved to Austin and played at Texas, grew up like so many in the Lone Star State do. Which is to say, he played football and he loved the Dallas Cowboys.

In 2012, after Tucker had finished up his Longhorns career and went undrafted, the Cowboys called. They were interested in the kicker. So were the Chicago Bears. “But the decision was already made,” Tucker recalled Wednesday.

He would come try out in Baltimore. Seven years later, the decision to leave one home in search of another is still paying off. On Wednesday, Tucker, 29, signed a contract extension with the Ravens through 2023 reportedly worth $23.05 million, including $12.5 million fully guaranteed. The deal is the richest ever for a kicker — “the best kicker in the league, in my opinion,” Ravens general manager Eric DeCosta said.

Maybe the best ever. The former Westlake star, who was set to become a free agent after the 2019 season, is the most accurate kicker in league history (90.1%) and the only one with a field-goal accuracy above 90%. The San Francisco 49ers’ Robbie Gould is second, at 87.7%.

“The best opportunity for me and my family was going to be for me to compete for a job here in Baltimore,” Tucker, a two-time Pro Bowl and four-time All-Pro selection, said of his decision to challenge incumbent starter Billy Cundiff seven years ago. Special teams coordinator Jerry Rosburg had already made a connection. “And it was one of those things that you make the decision, you don’t even think twice about it, and you just put your head down and you work, and you put your best foot forward. We’re blessed to be sitting here today.”

Last year, he became the first kicker in league history to make at least 30 field goals in six seasons. He also experienced his most public failure. An errant extra-point attempt cost the Ravens in a last-minute loss to the New Orleans Saints. He hadn’t missed one of those since high school, nor has he missed since.

The Ravens’ equipment staff tracked down the ball — “They wanted to make sure you had it,” coach John Harbaugh joked — and Tucker held on to it as a keepsake. He said it sits at home on a shelf next to every commemorative ball he’s received in his career.

“That’s a part of my story, and I want to be able to look at that and realize that was a learning moment,” he said. “It was perhaps a pivotal moment for me as a professional.”

It has been a bittersweet offseason. Tucker noted his sadness at having to say goodbye to Rosburg, who “came and found me and gave me the start to my career that I may not have had otherwise.” Tucker called him “one of the most important people in my life” and joked that he’d need to get to work on a retirement gift for the coach, who announced last month that he’s stepping down after 11 seasons in Baltimore to spend more time with his family.

But the “Wolfpack” is returning — Tucker has spent his entire career alongside punter Sam Koch and long snapper Morgan Cox — and so are special teams coordinator-in-waiting Chris Horton and assistant Randy Brown. Together, Tucker hopes, they can be even better.

And what’s better than the most accurate kicker of all time?