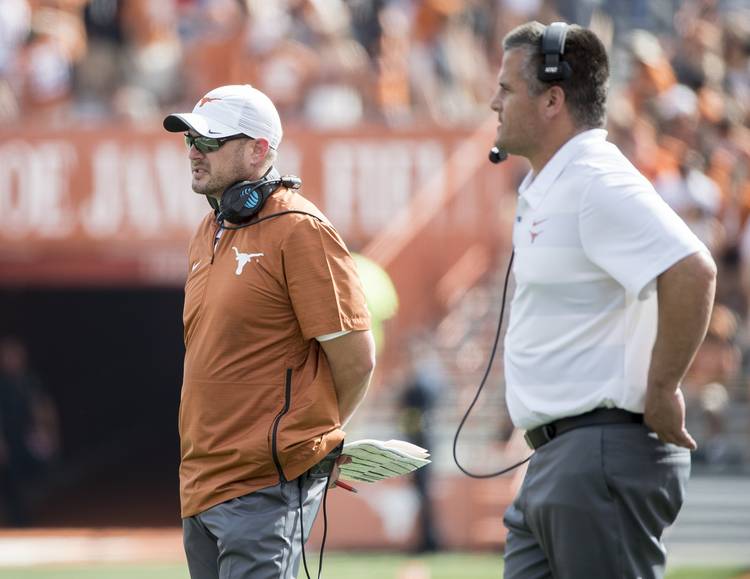 The lack of depth at linebacker became obvious when true freshman De’Gabriel Floyd was ruled out for the season with stenosis, a narrowing of the spine. Texas was without its departed starting linebackers from 2018. The Longhorns needed a prospect to replace Floyd and it was found in inside linebacker Juwan Mitchell of Butler C.C. in Kansas.

Mitchell is immediately eligible for Texas in 2019 with four years to play three seasons. He recorded 55 tackles, including 7.5 for loss, and two sacks in his one season at Butler C.C. The 6-1, 235-pound prospect is originally from New Jersey and was a one-time Minnesota pledge. Texas was one of nine total offers.

Skill set: The first thing that stands out on Mitchell’s tape is his willingness to mix it up inside the tackle box. That’s a dying art in modern football. He’s a tough-nosed kid who never shies away from contact. Mitchell finishes tackles and shows patience diagnosing plays before shooting gaps. His ability to rush the passer from the inside, demonstrated by his two sacks last season, could become a valuable asset in Todd Orlando’s defense.

He’s not the speedster that Gary Johnson was, but his instincts and quickness rarely left him behind a play at the JUCO level. Mitchell must prove he’s capable of playing in space, and in coverage, to make a real dent at Texas in his first year on campus.

Immediate impact: Mitchell needs to be a candidate to compete on the two-deep in his first season at Texas. A quick look at the roster reveals a potential problem at inside linebacker without a proven name at the position. Texas feels good about one spot with Jeffrey McCulloch set to move inside from B-Backer. Joseph Ossai and Byron Vaughns are poised to man B-Backer in his absence.

Floyd was due to compete for the other starting job alongside youngsters Ayodele Adeoye, Caleb Johnson and even Marcus Tillman Jr. Other potential options include Demarco Boyd and Luke Brockermeyer. The ability for Mitchell to push the current names on the roster and carve out a role as a sophomore could become a big talking point for the Longhorns if injury or inconsistency plague the position.

Fitting into the program: Mitchell should possess a good idea of the environment he’s stepping into due to defensive end Jacoby Jones, a fellow product of Butler C.C. Jones signed with Texas in December and enrolled for the spring semester in Austin, taking part in spring practices and the offseason program. JUCO prospects are removed from high school and tend to quickly understand the demands of college football.

Recruiting at the position: Mitchell is considered part of the 2019 class. It’s unclear whether Floyd will ever return to football with his medical condition. That hurt an already weakened position that lacks proven playmakers. Texas has yet to land a linebacker commit in the 2020 class. Expect the Longhorns to sign two or three linebackers in the 2020 cycle with targets including Highland Park’s Prince Dorbah and BIshop Dunne’s Brennon Scott.