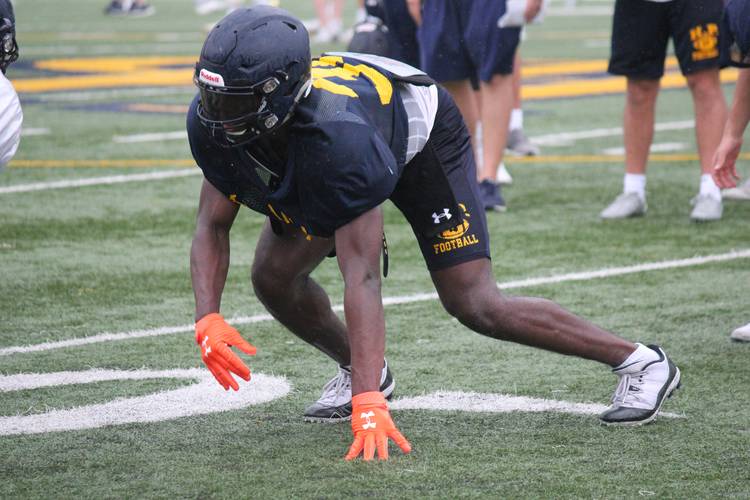 All five of Texas’ commitments in the 2020 cycle are on the offensive side of the ball. That won’t remain true for much longer, as the Longhorns hone in on a handful of elite in-state defenders at a variety of positions. Two of those prospects live less than 30 minutes from campus. One of those six targets is likely to become Texas’ first defensive commitment in the class:

Broughton is clearly Texas’ top target at defensive tackle, and the Longhorns are considered the heavy favorite for the nation’s no. 5-ranked defensive tackle. Broughton didn’t begin playing football until high school and has grown from a promising defensive end into a formidable tackle with plenty of upside.

Texas didn’t sign a true defensive tackle in 2019. Broughton represents landing the best defensive lineman in the state. Texas A&M and Alabama are also in the mix. He’s a prospect Texas needs to land after missing on DeMarvin Leal to the Aggies in the 2019 cycle.

Thompson is a big, imposing safety who spent time at outside linebacker during Duncanville’s run to the 2018 Class 6A Division I state title game. He’s viewed as a potential Joker in Texas’ defense, a position tasked with helping against the run and the pass. Top-end speed is a concern, but that is minimized since Texas won’t rely on him to play deep safety. Thompson is a winner and a football player, becoming a leader at Duncanville as a sophomore. Notre Dame is the team to watch other than Texas.

Collins is a former basketball player who’s still growing into his massive frame. He prefers defensive end, but he could wind up at 300 pounds as a sophomore in college. His athleticism at that type of weight is rare, giving him the versatility that coaches crave in modern defensive linemen. Collins is the son of a Benita Pollard, who played basketball at Texas, but he has said that won’t impact his recruitment. Texas is among a group of schools he’s looking at, including Texas A&M, Oklahoma and LSU.

Dorbah is the best pass rushing specialist in the state. He plays end at Highland Park but expects to transition to outside linebacker in college. That would be the B-backer position if he chooses Texas. He’s down to LSU and the Longhorns, with Texas clearly in the lead. He’s recorded 30 sacks over the past two seasons while helping his program to three state championships in three years.

The big man from Manor named Texas among his top five along with Oklahoma, LSU, Oregon, and Texas A&M. Oklahoma and Texas are the leaders. The prospect of remaining on the edge at Oklahoma intrigues Umanmielen, though his body type suggests an eventual move to tackle or a four-technique end once he continues to grow in college. Texas wants him at the 4i position. The proximity to Texas, and his closeness with the coaching staff, gives the Longhorns a real chance.

Rogers plays quarterback at Arlington. He’s an electric athlete who should transition seamlessly to defensive back because of his quickness and his football IQ. He ran for 819 yards and 15 touchdowns as a junior. He already plays cornerback at elite camps and on the national 7-on-7 circuit, which also should help the transition. Rogers’ stock continues to rise this spring with offers from Tennessee, Alabama and Penn State since May 6.

Back after a lengthy break from baseball, Texas is rested, relaxed — and in need of a rally