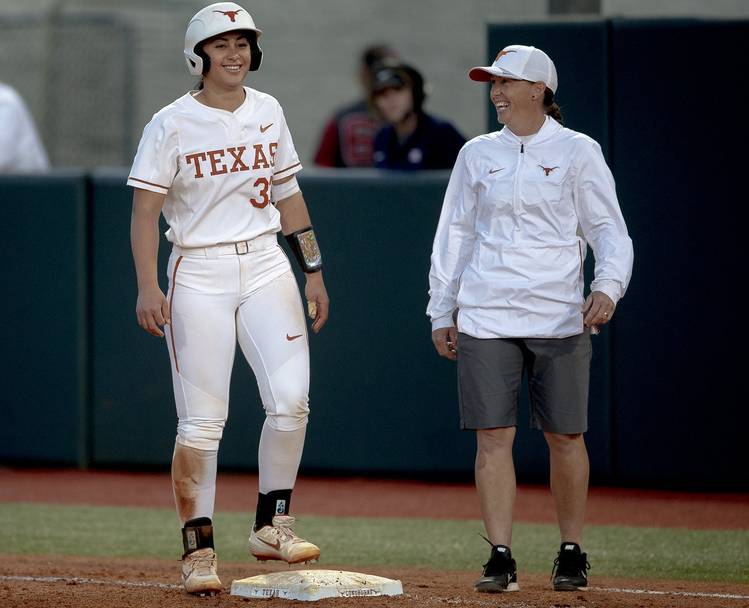 Not too long ago, a fellow student caught Kaitlyn Washington off guard.

The classmate told the Texas softball player that she had recently attended one of her games. The junior outfielder was a bit surprised. “People never come to our softball games,” Washington recalled thinking.

That assessment is a bit of hyperbole. Nationally, Texas ranked 32nd (598 fans) and 37th (527.2) in average attendance over Washington’s first two years. Those fans, however, were seemingly always family members, longtime fans and little league players.

Interest in Texas softball is trending upward, though. The Longhorns rank 27th this season with an average of 678 fans and it has sold out its last four games at 1,254-seat McCombs Field. Those numbers will continue to rise this weekend as Texas hosts its first NCAA regional since 2013. The Longhorns, seeded ninth overall, will welcome teams (and fans) from Texas A&M, Houston and Sam Houston State.

“It’s kind of one of the things that I expected when I came here, good competition and to host regionals and go far in postseason,” Washington said. “It’s kind of nice to experience that.”

Of the 16 NCAA regionals, Texas’ is the only one that features four teams from the same state. For example, top-ranked Oklahoma is hosting teams from Wisconsin, Indiana and Maryland. Both Stanford and Boise State are traveling to Florida’s regional.

There won’t be a need for introductions when things get underway on Friday. The players and programs have crossed paths plenty of times over the years:

“Texas is a huge sports state. Their pride is unbelievable,”  Bolinger said. “I think just having all four teams … We know a lot about them. It’s going to be a lot of fun.”

On Friday, Texas A&M and Houston will get the Austin regional started at 1 p.m. Three hours later, the hometown team has a date with Sam Houston State.

The Austin regional features one conference champion in Sam Houston State (Southland). Texas’ 41 wins are the program’s most since 2013. Houston boasts a better RPI than either A&M or Sam Houston, and seven of its 37 wins came at the expense of other NCAA tournament teams. A&M is hovering around the .500 mark with its 28-25 record, but the Aggies reached the Women’s College World Series two years ago.

“I’m very biased in this situation, but I think we’re amongst the strongest regions,” said Houston coach Kristin Vesely, the former Oklahoma All-American. “You have No. 7, 39, 50 and (76 in terms of RPIs), that’s a pretty stout regional.”

Texas has played both Sam Houston State and Houston this season. On Feb. 22, freshman Shea O’Leary one-hit the Bearkats in a run-rule victory. Nearly seven weeks later, O’Leary and Bolinger combined to shut out Houston in a 5-0 win at McCombs Field.

“It’s a confidence-booster especially after the wins, but it’s also not something that we look past,” said UT catcher Mary Iakopo, who homered in the Houston contest.  “It’s like you already studied for the test.”

A finalist for the NFCA’s Division I freshman of the year award, O’Leary leads the nation with her 0.46 ERA. Led by O’Leary and fellow all-conference honoree Miranda Elish, Texas’ 1.71 ERA is the NCAA’s eighth-best.

On Wednesday, Iakopo felt confident that the Longhorns’ recent performance was just a “little bump in the road.” Texas is looking to reach a super regional for the first time since 2013.

“We just started a new chapter,” Iakopo said. “I think we’re ready and we’re ready for a new opening day.”