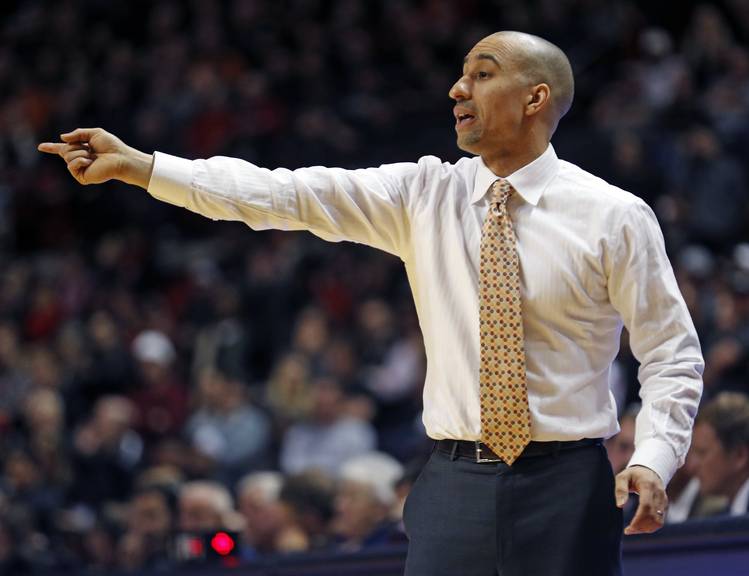 Texas coach Shaka Smart yells out to his players during the second half of an NCAA college basketball game against Texas Tech, Monday, March 4, 2019, in Lubbock, Texas. (AP Photo/Brad Tollefson)

Yaklich, known as Michigan’s top defensive assistant on former coach John Beilein’s staff, could not be reached Thursday. He’s spent the last two seasons with the Wolverines and widely credited with engineering a defensive overhaul.

Michigan ranked third nationally in adjusted defensive efficiency during the 2017-18 season and second overall last year, according to Kenpom’s analytics.

Yaklich, who turned 43 earlier this month, has two decades of coaching experience, although most of it coming at the high school level. He became an assistant coach at Illinois State for the 2013-14 season and spent four seasons there before joining Beilein at Michigan.

“It wasn’t like it was Bobby Knight or Mike Krzyzewski called me,” Beilein told the Chicago Tribune in January. “But I listened and valued that because I was in that position. We got much more than I expected. He is a force. He’s tremendous.”

The opening on Smart’s staff was created when Darrin Horn left to become a head coach at Northern Kentucky.

Earlier this week, Beilein left Michigan to become the head coach for the NBA’s Cleveland Cavaliers. Michigan is now searching for a head coach in the most awkward time of the year, at least as far as college basketball is concerned.

Smart’s name has been mentioned by some in Michigan circles as a possible candidate for the Wolverines. However, two Texas sources indicated Thursday that nothing has happened.

The Dotted Line: Who will become Texas’ first defensive commit in the 2020 class?

Having ‘studied for the test,’ Texas softball prepares for three familiar foes in its NCAA regional