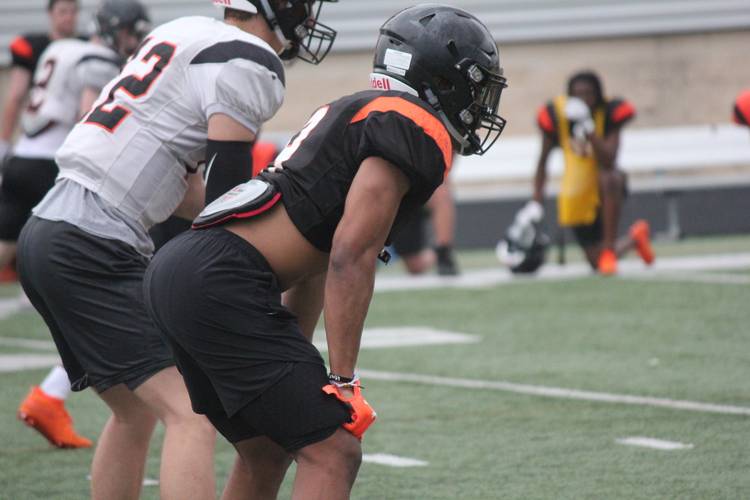 Texas added its sixth commitment of the 2020 recruiting cycle last week when four-star athlete Ja’Quinden Jackson of Duncanville pledged to the Longhorns. He’s the highest-rated prospect in Texas’ class, which currently ranks third in the Big 12 and 26th in the nation, per 247Sports’ composite rankings.

What’s going on for the other teams in the Big 12? Let’s take a look:

Oklahoma is off to another strong start inside the state of Texas, gaining commitments from a pair of elite running backs and one of the highest upside offensive tackles in Texas. The defending Big 12 champions are dominating the DFW region. Six of Oklahoma’s 10 pledges are from Texas and five of those are ranked on the 2020 Fabulous 55.  No team holds more commitments from members of the Fab 55.

Oklahoma State is quietly building a talented and deep 2020 recruiting class. Illingworth is a big-bodied pocket passer with a powerful arm. Russ and Pullen, who is on the Fabulous 55, give the Cowboys a pair of big, tough offensive linemen to build around. Six of the 10 pledges play defense.

The Wildcats didn’t gain their first commitment of the 2020 cycle until late March. Since then, Kansas State added nine more prospects and moved up to the fourth spot in the Big 12. Kansas State relied on the JUCO ranks for much of Bill Snyder’s tenure. Head coach Chris Klieman wants a balance and is off to a great start.

Gary Patterson notoriously takes his time on the recruiting trail as he figures out which in-state prospects are legitimate targets and which ones will choose bigger programs like Texas, Oklahoma or somewhere in the SEC. The Horned Frogs didn’t gain their first commitment until the end of April. TCU added six more in May. Sylvester is a member of the Fabulous 55 from Newton.

The Cyclones’ top commitments are a quarterback and a pair of bookend offensive tackles. Matt Campbell’s declaration that he’s staying at Iowa State in the short-term should help the Cyclones build a strong class.

Les Miles’ first two commitments in his first full class in Lawrence are big-bodied wide receivers. Kardell is 6-5, Hambrick is 6-4. Both are three-star prospects. Miles was hired to recruit players previously out of Kansas’ league and the 2020 class should provide a hint on if he can deliver. Expect him to recruit heavily in the Dallas-Fort Worth area and in East Texas.

Matt Rhule is firmly entrenched as the head coach in Baylor after surviving a nightmare first season. He inherited a program reeling from controversy and did a great job righting the ship. Four of his current commitments are from Texas. McWilliams is a powerful running back.

It’s a new era in Morgantown with Neal Brown now the head coach. Greene is the No. 26-ranked dual-threat quarterback in the cycle. This is the first full class for Brown and it should provide a map of how he wants his program to look from a personnel standpoint. All four prospects are from different states. West Virginia and Iowa State are the only Big 12 programs without a pledge from a Texan.