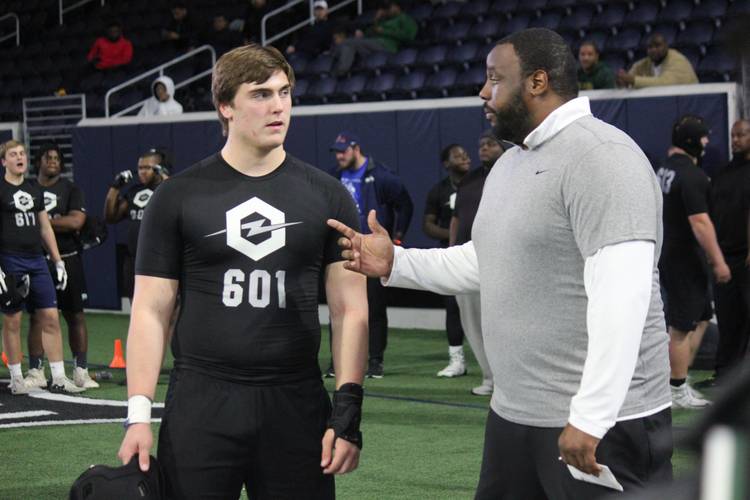 Recruiting is always evolving. Texas knows that young prospects are starting to make college decisions earlier than ever before with the advent of social media, the early signing period, and official visits before the start of a player’s senior season. Texas is known for offering fewer prospects than other elite programs. Tom Herman wants an offer from Texas to mean something. He’s also smart enough to know that modern-day prospects feel slighted if an offer takes longer than expected to be extended.

The Longhorns are attempting to keep up with those changes. Texas has already offered 60 prospects in the 2021 class. Herman only offered 120 prospects for the entire 2018 class. The fact that the Longhorns are halfway there for prospects who have yet to play their junior seasons shows the evolution of UT’s recruiting strategy. Herman still won’t use the machine-gun recruiting approach specialized by Alabama, but Texas will be earlier to pull the trigger than it was when Herman first arrived.

Here’s an early look at the top targets at each position on offense in the 2021 class. We’ll look at defensive prospects on Wednesday. Texas already holds a commitment from wide receiver Quay Davis from Dallas Skyline.

Stone is the top quarterback prospect in the nation. The Parish Episcopal product is a 6-2 dual-threat quarterback with five-star potential. He’s started since his freshman season. In two years as a starter, Stone has passed for 6,468 yards and 73 touchdowns, adding 660 yards and 13 touchdowns on the ground. He already holds 46 offers. He’s been on campus multiple times and was the first quarterback in the cycle to pick up an offer from the Longhorns.

Milroe’s stock is rising with camp appearances throughout the summer. A trip to Austin last weekend earned him an offer. He’s a 6-3 dual-threat quarterback from Katy Tompkins who holds 19 offers. He ran a 4.64 laser-timed 40-yard dash at The Opening regional in March. He passed for 1,420 yards and ran for 609 yards on the ground.

Wheaton is rated as the best running back prospect in Texas and also in the nation for the 2021 class. The Lakeview Centennial star is a 5-11, 190-pound prospect with balance, speed and power. He already holds 25 offers and is Texas’ top target at running back, though the Longhorns likely will try to sign two in the cycle. Wheaton rushed for 1,106 yards and 14 touchdowns on just 159 carries, adding nine receptions for 138 yards and a touchdown as a receiver out of the backfield.

Campbell and Johnson picked up UT offers while on campus for a camp over the weekend. Johnson is from Houston Cypress Fairbanks, while Campbell is a product of Pearland. Both are similar height and weight as Wheaton with both checking in at 5-10. Johnson is the bigger of the backs, checking in at 204 pounds heading into his junior season.

Texas already landed one of the top prospects in the state with Davis. The Dallas Skyline product is a speedster with electric ability after catching the football. At 6-0, 193 pounds, he’s the type of player who can play outside or in the slot. His game likens to current UT receiver Devin Duvernay, who is set to move inside to slot as a senior. Davis was a big get because of his talents, but also because he hails from a talent-rich program in DFW.

Earle is the best pure slot receiver in the state. The 5-9, 170-pound four-star plays at Aledo. He caught 65 passes for 1,090 yards and 16 touchdowns as a sophomore. He also rushed the ball 25 times for 266 yards and three touchdowns. Texas is recruiting his 2020 teammate, five-star running back Jase McClellan. Aledo will be a high-priority stop for the UT staff this football season.

The Longhorns are after several taller outside receivers. Franklin is a five-star from California. Neville is a physical freak from Willowridge in south Houston. Texas also offered Allen twins Bryson and Blaine Green.

Texas found a tight end prospect close to home in McRee, a future star at Lake Travis. He’ll catch passes from future UT quarterback Hudson Card all season, giving Texas access to the 6-5 tight end throughout his junior year. McRee holds 14 offers and expects a bigger role in Lake Travis’ offense as a junior. He caught 17 passes for 274 yards and two touchdowns as a sophomore.

Gumms is a product of Spring Dekaney, which also produced current Texas wide receiver Malcolm Epps. Gumms and McRee are the top targets at the position in 2021 with a possibility of Texas chasing signatures from both if no real tight end prospects emerge ror 2020. Gumms caught 10 passes for 144 yards and four touchdowns as a sophomore.

It’s a great cycle for offensive linemen in the state with former Longhorns great Blake Brockermeyer’s twins, Tommy and James, making names for themselves on the recruiting trail. Tommy is a five-star tackle who might end up as the country’s top-rated offensive lineman. James is a center prospect.

Fatheree, Conner, Foster, and Donovan are close friends who all hail from the Houston area. They’ve discussed picking the same program with Texas and Texas A&M among the favorites for each. Jackson is also high on Ohio State. Byrd is a name to know because he plays for Duncanville, the home of 2020 quarterback commit Ja’Quinden Jackson.

It’s impossible to imagine Texas not signing an elite group of offensive linemen in 2021 because of the sheer amount of talent within the state.

The Dotted Line: New offers go out to young prospects after Texas camp