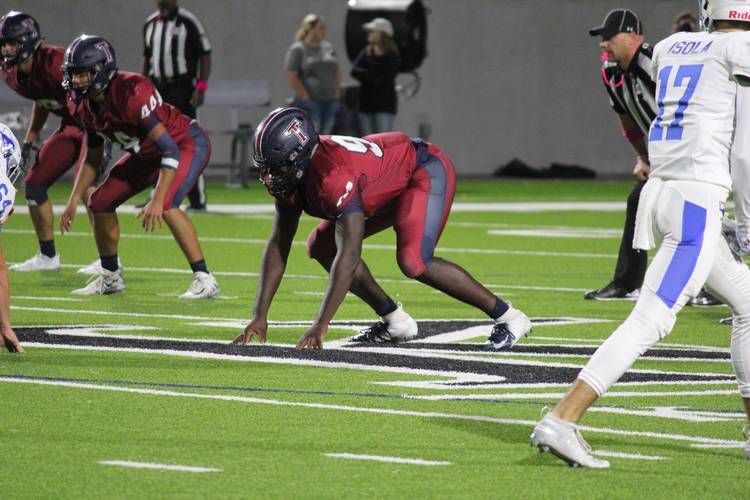 Recruiting is always evolving. Texas knows that young prospects are starting to make college decisions earlier than ever before with the advent of social media, the early signing period, and official visits before the start of a player’s senior season. Texas is known for offering fewer prospects than other elite programs. Tom Herman wants an offer from Texas to mean something. He’s also smart enough to know that modern-day prospects feel slighted if an offer takes longer than expected to be extended.

The Longhorns are attempting to keep up with those changes. Texas has already offered 60 prospects in the 2021 class. Herman only offered 120 prospects for the entire 2018 class. The fact that the Longhorns are halfway there for prospects who have yet to play their junior seasons shows the evolution of UT’s recruiting strategy. Herman still won’t use the machine-gun recruiting approach specialized by Alabama, but Texas will be earlier to pull the trigger than it was when Herman first arrived.

Here’s an early look at the top targets at each position on defense in the 2021 class. We looked at offensive prospects on Tuesday. Texas already holds a commitment from wide receiver Quay Davis from Dallas Skyline.

Smith is from Louisiana, a state that Texas has recruited successfully in previous classes. The 6-4, 299-pound four-star is a big, athletic player who fits well into a three-man front like the one Texas utilizes. He’s the sixth-ranked defensive tackle in the class. LSU is already in the picture and the Tigers rarely lose a priority target from Louisiana.

There isn’t a shortage of defensive end prospects. Jackson and Burris play at Texarkana Pleasant Grove. Jackson is a five-star end specializing in rushing the passer. He’s ideally built to be an edge rusher, at 6-6 and 240 pounds. Texas A&M and Alabama are heavily in the mix.

Burris is a bigger bodied defensive ends who could spin to defensive tackle as he continues to grow into his body. The 6-4, 262-pound prospect received an offer on June 6.

Adeleye is a similar prospect to Burris. The 6-3, 260-pound prospect from Katy Tompkins holds 26 offers and is in the conversation for being the best defensive lineman in the state for the 2021 cycle. Programs like Alabama and Oklahoma are already in the mix. Adeleye recorded 56 tackles, including 12 for loss, and eight sacks as a sophomore.

Thomas is a high-upside pass rusher from Port Arthur Memorial. The 6-3, 240-pound prospect is high on Texas and LSU. He recorded 32 tackles and five sacks as a sophomore.

Blessed to receive an offer from The University Of Texas #Hookem #WEARENEWCANEY pic.twitter.com/KCTM0tHM4I

The state of Texas produces elite-level prospects at every position in each recruiting class. Linebacker is probably the weakest of the positions over the past three to four cycles. That changes in 2021 with a trio of high-priority targets. Blackshire is a freak of nature at 6-2 and 250 pounds. He plays at Duncanville, which could become a pipeline program for the Longhorns following the commitment of 2020 quarterback Ja’Quinden Jackson.

Smith and Harris are outside linebacker prospects with high upside. Smith is 6-4 and 215 pounds. The four-star plays at Texas High in Texarkana. He currently rates as the ninth-best outside linebacker in the country. Harris picked up a UT offer after a visit to camp last weekend. The four-star from New Caney is 6-2 and 215 pounds. Smith recorded 83 tackles and 4.5 sacks as a sophomore.

Coffey became the first true safety offered by Texas in the 2021 class on June 5 after attending a camp on UT’s campus. The long, rangy safety from Kennedale recorded 39 tackles and six interceptions as a sophomore. He holds 14 offers and is a future member of the Fabulous 55. Expect more players at this position to receive offers this summer and during the 2019 season.

Texas’ first in-state offer at cornerback was to Austin LBJ four-star Latrell McCutchin. He shocked recruiting circles by committing early to Alabama. The Longhorns offered Ibraheem, from Dallas Kimball, at a recent on-campus visit for a camp. It was the 19th offer for the 6-1, 175-pound prospect.

Grimes is a five-star prospect from Virginia, while Williams is from Buford High School in Georgia, the same one that produced 2019 running back signee Derrian Brown.