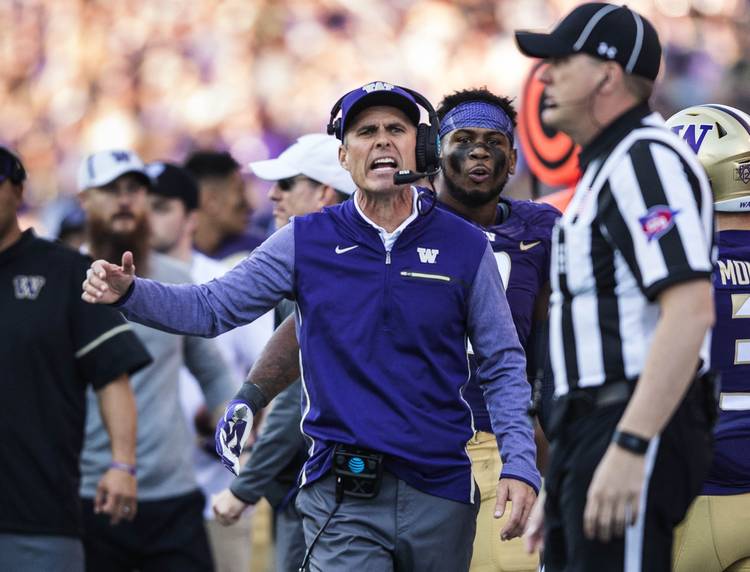 We’re 45 days away from the 2019 season opener, but it’s never too early to talk college football. We continue with our 11th annual countdown series of our preseason Top 25 as selected by the American-Statesman sports staff. Last year’s eventual CFP semifinalists ranked first, second, eighth and 13th in our 2018 poll.

Our No. 13 team: Washington

The Nittany Lions’ best-case scenario: Washington’s young, but talented, defense steps up and grows into a top unit out West by the teeth of the conference schedule. The expectation is a conference championship and a trip to the Rose Bowl. Washington can repeat as Pac-12 champions if Georgia transfer Jacob Eason shows signs of his five-star pedigree after two years of struggles with injury and the transfer process.

And their worst-case scenario: Worst case? Head coach Chris Petersen faces a tough task replacing a quarterback and nine defensive starters. Washington State, Stanford and Oregon will field more experienced squads in the North Division. A four-week stretch beginning on Sept. 28 demands the Huskies face USC, Stanford and Oregon sandwiched around a game at Arizona. A bad stretch in those games leaves little to play for come November.

Last year, Washington was No. 5 in our preseason poll.

Spring cleaning: Washington’s only returning defensive starters are defensive end Benning Potoa’e and safety Myles Bryant. The Huskies should be fine up front, but players still need to emerge at inside linebacker and in the secondary for Washington to compete for a championship. The Huskies prefer a five-defensive back defense, and four of the starters from the 2018 secondary graduated or headed to the NFL.

A strong base: Eason must prove himself at quarterback, but he’ll get to do so behind a talented and experienced offensive line. Four of Washington’s six returning offensive starters play up front, and that should help Eason ease into the season with added protection and a complementary running game. All quarterbacks look better with more time to survey the field.

A welcomed addition: Eason isn’t the only welcomed addition to the offense. Injury forced tight end Hunter Bryant to miss 15 games over his first two seasons. He’s a dynamic weapon when healthy and should provide a security blanket to Eason. Washington lacks a true No. 1 receiver unless Bryant can become an impactful weapon.

Where are the linebackers?: Washington must replace both starters at inside linebacker. Things became more complicated when senior DJ Beavers retired from football in April. That leaves unproven names like Ariel Ngata, Jackson Simon and freshman Josh Calvert to be ready in a hurry.

The key game? Nov. 29, Washington State: A win on the road to close the 2018 season propelled the Huskies the Pac-12 championship game, which it won over Utah. A Friday night home game could once again decide the fate of the North Division if both Washington squads reload at quarterback and on defense.

It’s the first school from the state of Texas to make our poll.