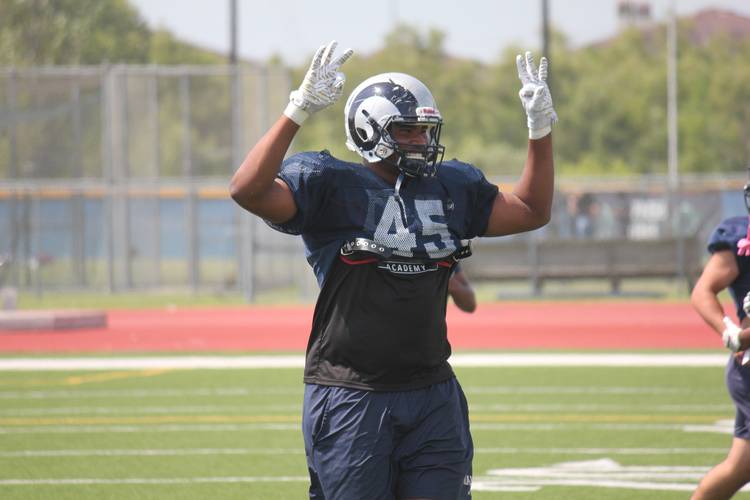 The 2020 recruiting cycle is proving tricky for Texas despite its 10-win season in 2018 and consecutive No. 3 classes.

The problem isn’t talent. Texas’ average recruit ranking is still among the nation’s elite. It’s quantity that is lacking for the program, with only eight commitments through mid-July. Texas must build momentum quickly to finish the cycle with a top 10 class. As August approaches, here are three questions facing the staff:

Can Texas close along the defensive line?

Fans rejoiced on Wednesday when four-star defensive tackle Vernon Broughton committed. He was a high priority for the UT staff, with Oscar Giles and Tom Herman communicating with Broughton and his family on a regular basis. Landing the Houston Cypress Ridge defender may springboard the Longhorns to more success along the defensive line.

The biggest priorities at defensive end are local products. Bastrop Cedar Creek’s Alfred Collins now stands at 6-6 and 275 pounds. He says that’s at least 35 pounds heavier than he was as an all-district junior. The Longhorns view Collins as a prospect like Charles Omenihu, able to flourish in an odd-man front because of his combination of athleticism and sheer size.

The other local target is Manor’s Princely Umanmielen. It’s a three-team race between Texas A&M, Oklahoma and Texas. It’s clear that Umanmielen likes Texas. The four-star end visited campus numerous times throughout the spring and summer. The concern for Umanmielen is Texas’ scheme. He wants to remain at end in a four-man front. Texas’ chore is to convince him of the advantages offered in its scheme.

Landing those three prospects, or even two of the three, is vital for Texas. The odd-man front employed by defensive coordinator Todd Orlando works  and is designed to get as many athletes on the field as possible. It also tasks a few players with the grunt work, which isn’t always sexy to recruits. There’s no doubt that recruiting rivals like Texas A&M and Oklahoma use that logic on the recruiting trail.

Who is the running back?

It’s a great year to need a running back. The state of Texas has two five-star recruits in Galena Park North Shore’s Zach Evans and Aledo’s Jase McClellan, who committed early to Oklahoma. Evans left Texas off his final five list. Texas’ search outside the borders have included Bijan Robinson and Kendall Milton, but both are predicted to head elsewhere despite a real push for Robinson by the UT staff. Eight of the 14 running backs offered by Texas in the 2020 class are committed elsewhere, and that’s not including Evans, Robinson and Milton.

The choices are dwindling unless the Longhorns manage to flip McClellan or get back into the race for Evans. Both of those scenarios are realistic if Texas enjoys success this season. It’s also possible Texas offers new prospects or goes harder at a player like Dominic Richardson, who is pledged to TCU.

The Longhorns failed to land the elite targets in the 2019 class, though Jordan Whittington appears to be a natural fit at the position and Herman said at Big 12 media days that Derrian Brown could return to the field in 2020. The Longhorns want to bully the Big 12 and win with a bruising style reliant on a power running game and a strong defense. Landing the nation’s premier running backs, especially when two are from the state, should be the expectation for Texas.

Where does Texas go at defensive back?

Texas was dealt two blows to its potential secondary this week when Arlington four-star cornerback Jahari Rogers chose Florida and Arizona native Lathan Ransom picked Ohio State. Both were top Texas targets who took visits to campus. The decisions send the staff back to the drawing board at cornerback and safety. Eight of the 12 cornerbacks that have been offered by Texas are committed to other schools. Tyler John Tyler cornerback Kitan Crawford remains the only defensive back pledged to the Longhorns.

Joshua Eaton is the top in-state player on the board. Out-of-state options at cornerback include five-star Kelee Ringo and four-star Ethan Pouncey, who is the younger brother of current UT wide receiver Jordan Pouncey. Texas should add a safety pledge on Aug. 1 when Duncanville four-star Chris Thompson Jr. announces his destination. The only other uncommitted safety with an offer is Xavion Alford, and he’s predicted to pick Alabama.