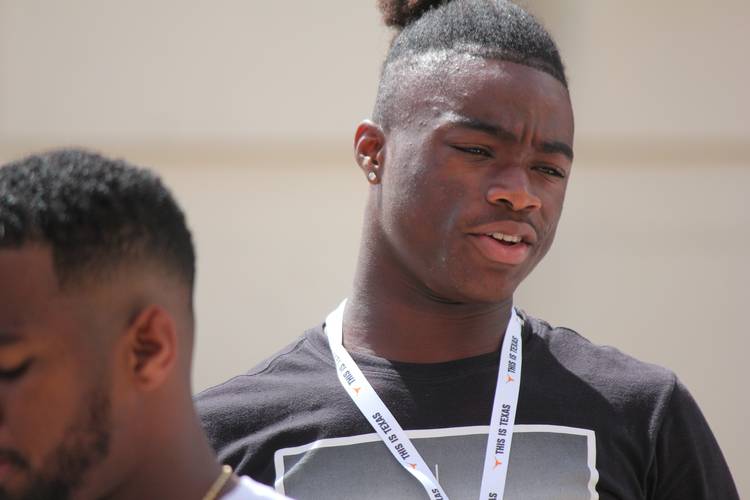 Tom Herman and his staff made a recruiting decision for the 2021 cycle: Strike early and often.

This is a new tactic from Texas under Herman, who preferred to wait until after a player’s junior season to pounce because that allowed him and his staff as much time as possible to gather information. The only players Texas allowed to commit before the start of their junior years prior to the 2021 class were quarterbacks Roschon Johnson in 2019 and Hudson Card in 2020.

“With how the recruiting process is going now, and me feeling the connection with Texas, I didn’t feel there was a need for me to continue considering other schools,” Milroe said Monday.

“As a football player, Jalen makes everyone around him better. His leadership on and off the field (is impressive),” said Katy Tompkins head coach Todd McVey. “He is also very humble and appreciative of where he is on the field and in life.”

“He has a great supporting cast at home with his mom and dad,” McVey said. “They are good people who keep things in perspective.”

Herman’s first full class at Texas was in 2018. He’s only taken three commitments before the end of their junior season in the past three cycles. One was Johnson in 2019, the other two were Card and offensive lineman Logan Parr in the 2020 class. The Longhorns already hold that many in 2021.

The move was a reaction to the realities of modern-day recruiting. The early signing period coupled with juniors taking official visits in the spring sped up an already quickened process. More than half of the 2020 Fabulous 55 is already committed. Texas fell behind in 2020 by waiting longer than Oklahoma and Texas A&M to pull the trigger.

Milroe is a big piece for Texas’ future. He’ll help the Longhorns recruit in the 2021 class, especially in the Houston area. It’s akin to the pledge of Duncanville’s Ja’Quinden Jackson in the 2020 class. Milroe is building a lasting legacy at Tompkins.

“Texas is getting an elite playmaker who’s been developing his craft since he was young. He’s a tremendous person and young man,” said teammate and 2021 UT defensive end target Tunmise Adeleye. “He knows how to have a good time and joke with everyone, but at the same time he knows when to dial it up a notch and get serious when a game is on the line.”

Don’t expect Texas to stop adding 2021 commitments prior to the start of the season. Adeleye says the commitment of his teammate does nothing but help the Longhorns with his own recruitment.

“Their chances have gotten a lot better,” he said.