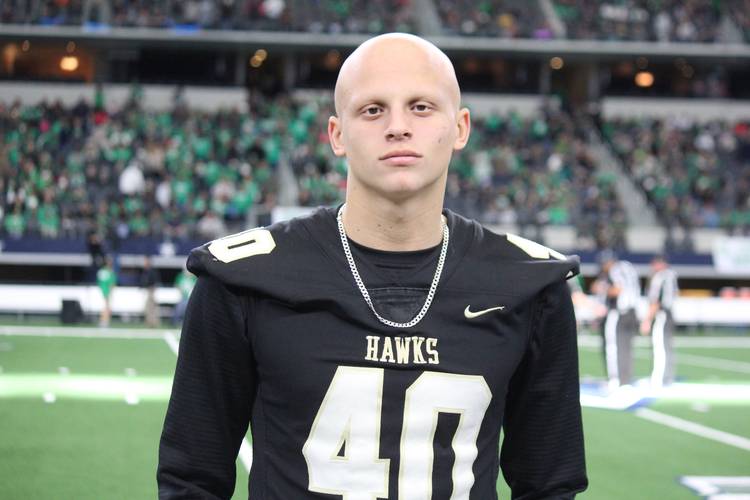 The cycle sped up when the NCAA allowed an early signing period and juniors to take official visits in the spring. Commitments are pouring in earlier than ever before with 30 members of the 2020 Fabulous 55 already committed. That has forced schools like Texas to concentrate harder on the next crop of priority prospects.

We’ll debut the summer rankings Tuesday for the 2021 class on The Next 25. Who is the best junior-to-be in Texas high school football? Let’s examine five candidates, all of whom hold Longhorns offers:

Jackson announced himself to Texas high school football when he helped Pleasant Grove capture a state championship in 2017. He was District 7-4A Division II’s defensive newcomer of the year after recording 98 tackles and 20.5 sacks. He missed a large bulk of his sophomore season to an ACL injury, but still managed to record nine sacks. Jackson is the best edge-rusher in Texas for 2021. He possesses the ideal frame for a defensive end with the room to grow into a player who can excel in a four-man or odd-man front.

A revolution at the running back position is happening in the state of Texas. The impact of 7-on-7 made Texas a passing state known for producing quarterbacks, wide receivers and defensive backs. Wheaton could follow 2020 five-star Zachary Evans as the top-rated running back prospect in the country. Wheaton was his district’s newcomer of the year as a freshman and its sophomore of the year in 2018. He’s rushed for 1,986 yards and 25 touchdowns on just 227 carries.

The Texas legacy possesses everything a college coach wants in an offensive tackle. He’s big, strong, athletic and long. He’s also been coached well with his dad, former Texas great Blake Brockermeyer, leading his development. Brockermeyer spent his offseason dominating older prospects at elite regional camps before suffering a labrum injury that forced surgery. His long-term health is of the utmost importance considering his potential to reach the NFL like his dad.

The highest upside in the state might belong to Byrd, an offensive tackle who is just scratching the surface on his potential. He emerged toward the end of his sophomore year as a dominant force for a Duncanville program that reached the Class 6A Division I state championship game. Byrd isn’t as polished or long as Brockermeyer, but his footwork and overall athleticism put him in the conversation for top prospect in Texas.

Jackson isn’t considered the best prospect in Texas by recruiting services because he lacks the ideal height and length to remain at offensive tackle after college. He may end up being a guard, but right now he’s the best offensive lineman in the state. He reminds me of Kenyon Green, a tackle who signed with Texas A&M in 2019. Jackson is a true technician and was the only 2021 prospect from the state to get an invite to The Opening Final in Frisco. He backed up that invitation by winning the offensive line MVP at the event.