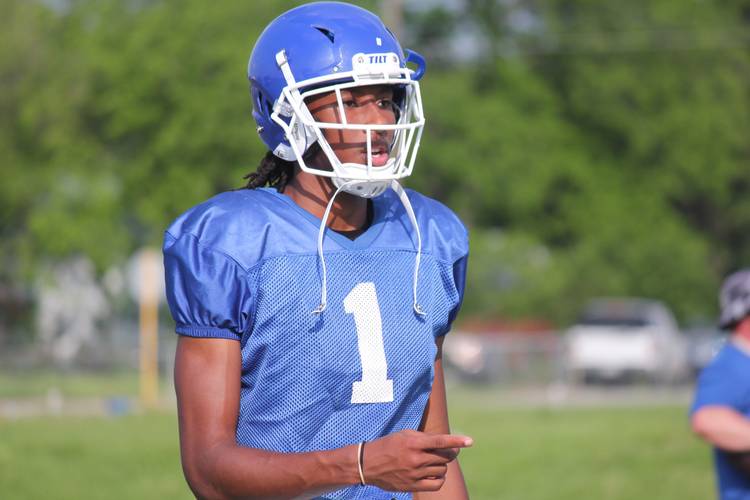 The Longhorns were in desperate need of a talented wide receiver in the 2020 class and it came on Saturday morning when four-star Quentin Johnston of Temple High School pledged to Texas. Johnston is a 6-4, 180-pound athletic freak who also dominates on the basketball court and in track at Temple. He’s a former teammate of current Texas tight end Jared Wiley. Johnston was a first-team all-district selection as a junior. He’s the 13th-ranked wide receiver in the nation and No. 12 on the 2020 Fabulous 55.

Johnston is the first true wide receiver to commit to Texas in the 2020 class. The Longhorns lost in-state stars Demond Demas and Troy Omeire to Texas A&M earlier in the cycle. Johnston was the top remaining wide receiver in Texas. Don’t be surprised if the Longhorns go out of state for a couple of other wide receivers to fill out the class. The top candidates at the moment are LV Bunkley-Shelton (Calif.) and Javian Hester (Okla.).

Skill set: Johnston is a freak of nature at 6-4. He won the dunk contest at a Texas camp over the summer by going under his legs before slamming it home. It’s that type of athleticism that makes Johnston a high four-star prospect with elite upside. He possesses all the natural tools to become an elite college wide receiver. His hands are consistent. He’s a decent route runner. Johnston’s experience as a basketball player helps him understand body control and how to high-point the football like he does an alley-oop.

Immediate impact: Wide receiver isn’t an easy position to break through as a freshman because there is more to the position than simply catching the football. Even top players like Collin Johnson struggled with consistency early in his career. Brennan Eagles, who is expected to start at one of the wide receiver spots this year, barely saw the field for significant action last year. Johnston’s time will come, but he won’t be a focal point of the offense until he learns the finer points of the position.

Fitting into the program: Johnston should know what it takes to compete at Texas considering he’s visited multiple times and his former teammate, Wiley, is already on campus to give him the inside info on the expectations. Texas likes big wide receivers and Johnston is prospect who can reach 200 pounds with ease. He’ll be a vertical threat who can win jump balls.

Recruiting at the position: Wide receiver was the one position lacking for Texas in the 2020 recruiting class. Johnston gives the Longhorns a star to build around after losing out on in-state stars Demond Demas and Troy Omeire. The search for more wide receivers in the cycle likely leads out of state with LV Bunkley-Shelton (Calif.) and Javian Hester (Okla.).