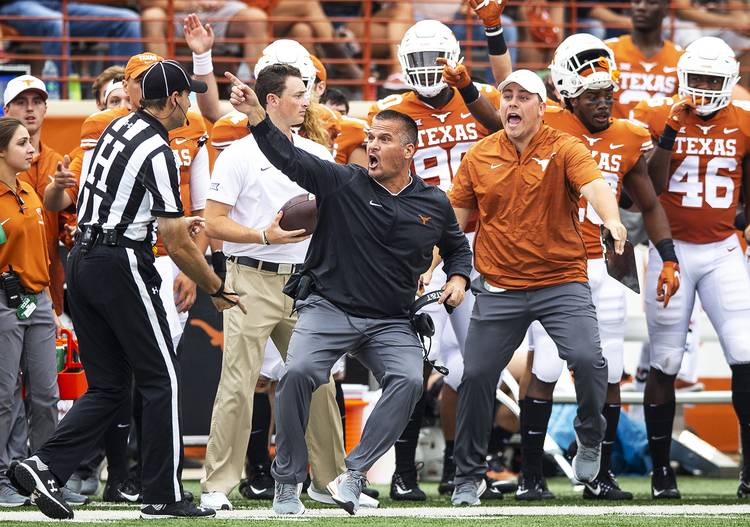 Here’s where the Texas defense stands in term of roster and depth, by positions:

Defensive line coach Oscar Giles has plenty of athleticism at his disposal. Coburn was one of the prized catches of the Longhohrns’ 2018 recruiting class, and now the 340-pound redshirt freshman is an anchor in the middle. The coaching staff is also high on Wilbon, Ojomo and Christmas-Giles, also tackles.

Roach and Graham are the starting defensive ends. In the last two years, preseason expectations were low but nobody would have guessed how important exceptional members of this unit would ultimately become, as in Charles Omenihu in 2018.

McCulloch saw how well the seniors ahead of him always played in their final years, such as last year with Gary Johnson, who led the Longhorns in tackles. Now it’s his turn as the veteran leader. The Houston product has 66 career tackles, 3.5 sacks and one interception. And Adeoye redshirted last fall but logging time in the Sugar Bowl as well as games against Texas Tech, Iowa State and Kansas. Texas was counting on Floyd, but the freshman has been medically sidelined this season. The Horns also signed Mitchell from New Jersey.

Ossai will be turned loose to cause havoc. Texas signed Johnson, a junior college transfer from Fullerton College, and have two promising freshmen in Vaughns and Tillman. And the Longhorns already have two highly-regarded prospects that are committed for the 2020 and 2021 classes.

It could be a mix and match of young corners early in the season until the coaches settle on the most consistent players. The four sophomores — Cook, Green, Jamison and Boyce — have all been impressive this spring and summer, and freshman Watson has looked good in August.

Jones and Sterns are the unquestioned leaders of what is the strongest defensive unit. Those two can either play close to the line, blitz or play center field. Estell and Overshown are sophomores with upside and experience, and Owens was a four-star recruit.

Foster, a headhunter extraordinaire, could be the breakout player of the year with a full-time move to nickel. He and Thompson will play big roles.

Bujcevski, the sophomore from Sydney, averaged 40.3 yards per punt in his first season. He had his ups and downs as a freshman, but then again so did his cousin, Michael Dickson, who showed a big improvement from his first to second year. Texas would certainly take that kind of a jump again.