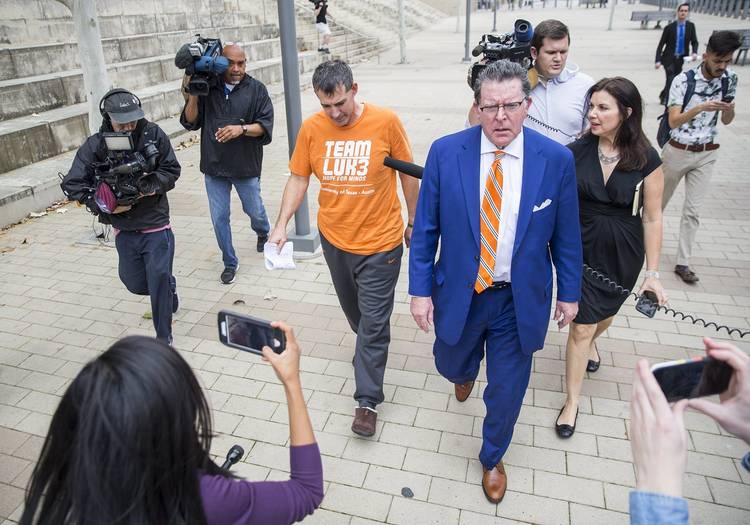 Months after a former University of Texas men’s tennis coach pleaded guilty to a charge stemming from the nation’s largest ever college admissions scandal, UT leadership announced Monday morning that it had completed its review of its athletic admissions, finding no other misconduct.

The federal investigation, which spanned across eight universities and implicated coaches, administrators and high-profile celebrities, found that in 2015 then-UT Men’s Tennis Coach Michael Center had accepted a bribe of $100,000 to help the son of a Silicon Valley venture capitalist get into the school under false pretenses.

“The scandal undermined the public’s trust and provoked outrage,” UT President Gregory L. Fenves said in a letter on Monday. “At UT, we are holding ourselves accountable and improving protocols across Texas Athletics.”

UT’s legal team launched a review of athletics admissions shortly following implication of Center, examining the admission and athletics participation of more than 800 athletics over an 18 year period. On Monday, Fenves made the findings of the review public, which showed no other students had been improperly admitted at the university. To prevent any recurrence, Fenves said, the university will work to strengthened vulnerabilities of the student-athlete admissions process, including an objective process of determining athletic merits.

The executive summary of the review can be found online.