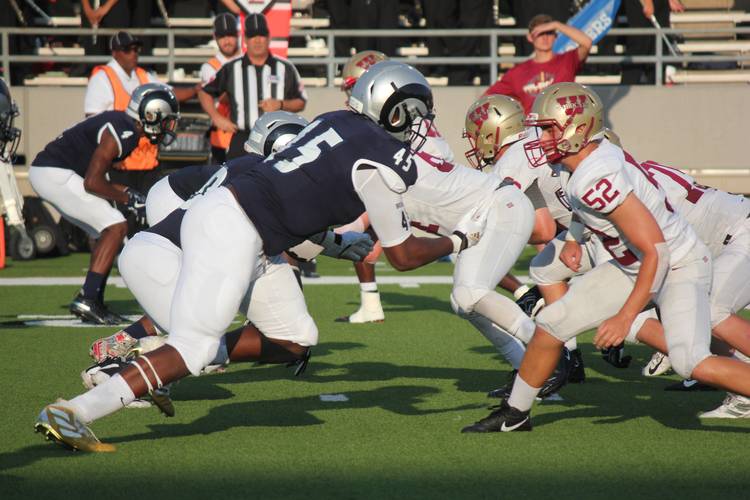 Texas’ 2020 class consists of 18 members and ranks sixth in the nation. The 2021 class already has eight members. The recruiting machine at Texas is cooking following consecutive top-three classes in Tom Herman’s first two full cycles. The high school season is a few weeks in, and it’s allowed me to see six UT commits. Here’s what they looked like in action:

Utah started its high school season two weeks before the kickoff of Texas high school football. It allowed me a chance to get an early look at one of Texas’ least talked about commits. Fillinger was impressive. He played 4i in an odd-man front, which means he already understands the role he’ll fill at Texas. Fillinger is a hidden gem who reminded me of a young Malcom Roach. He’s a borderline four-star talent.

The week after watching Fillinger dominate, I was in Arizona to chat with Robinson and watch five-star cornerback Kelee Ringo. Robinson’s team wasn’t playing that week, but I was able to take in practice and talk to the parties involved about Robinson’s play on the field. He’s an impressive looking athlete who put on a show last week by rushing for 498 yards and six touchdowns. I didn’t get to see him play live, but even a practice setting was enough to validate the hype.

My first game of the Texas high school season was spent watching Broughton. He’s one of the few players I never saw as a junior, so it was my first in-person look at the big-bodied defensive tackle outside of a camp setting. Broughton lived up to the hype as the state’s best defensive lineman. He played outside and at nose tackle in an odd-man front similar to what he’ll play at Texas. He solidified himself as a top-10 player in the state with his blend of size and athleticism.

I’ve watched Card morph from an all-district wide receiver as a sophomore to an all-state candidate at quarterback going into his senior season. He impressed throughout the camp circuit, including a great performance at the Elite 11 event at The Opening Finals. Card accounted for five touchdowns in the win over Timberview, including a 67-yard rushing score. He could be the heir to Sam Ehlinger when the Longhorns quarterback runs out of eligibility after the 2020 season.

Hullaby is back at Timberview after spending his junior year helping Dallas Bishop Dunne win a TAPPS championship. He was a running back for most of his prep career, but he’s playing Wildcat quarterback for Timberview. Hullaby is playing out of position, which makes it hard to truly grade his talents. It is clear that he’s a big, strong, unselfish player who expects to play multiple positions at Texas. Think Andrew Beck with more athleticism.

Conner is part of a young, talented offensive line at Taylor. The team was overmatched against Atascocita, losing 69-7. Still, the improvements in Conner’s game were apparent. His body looked in better shape and he was effective in space when asked to pull in the run game or on screens. He’s a clear four-star and future member of the Fabulous 55 in a 2021 cycle that’s stacked with offensive line targets.