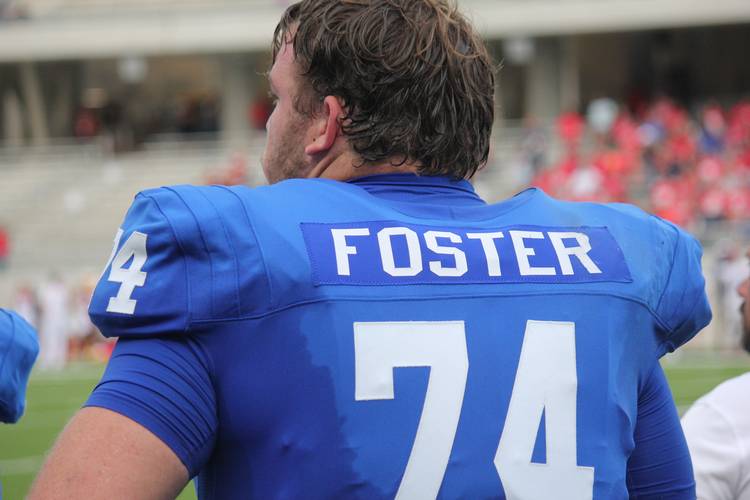 Travels across the state through three weeks of the high school football season have allowed me to watch five Texas targets in-person early in the season. The 2020 recruiting class is nearly wrapped up with 19 commitments. The focus is shifting toward the 2020 and 2021 cycles.

Collins grew into a giant after his junior season, adding more than 30 pounds. He’s a versatile defensive lineman who already plays in an odd-man front like the one used by Texas. He plays defensive end and nose tackle for Cedar Creek, which is off to the first 3-0 start in program history. I rank UT commit Vernon Broughton higher because of overall athleticism, but Collins is a top-20 prospect in Texas with high upside.

Foster is referred to as endearingly “The Mountain,” as in the “Game of Thrones” character. He lives up to the billing. A big, burly interior lineman with incredible explosion and power at the point of attack, he has improved his athleticism as an upperclassman. Foster is the top-rated guard in the country, and he looked the part in the season opener. He’s an elite run blocker and is a teammate of UT commit Hayden Conner.

Dewberry is the next great offensive lineman at Atascocita, a school that recently produced Samuel Cosmi and Kenyon Gree. Dewberry is an elite athlete who reminds me of Green. He doesn’t possess the height to be a high-end tackle, but he’s a technician and clearly one of the best young prospects in the state.

Jackson is currently the best offensive lineman in a loaded 2021 cycle. Maybe he doesn’t possess the sheer size of Tommy Brockermeyer or the freakish athleticism of Savion Byrd, but all he does is dominate every rep on the field. He was named the MVP of the offensive line at The Opening Final, which was stacked with the best prospects in the country. Jackson is a next-level technician who can play tackle, or maybe even move inside to center because of his high football IQ.

Johnson was impressive in one half of action in a blowout win over Northbrook. He’s a speedster who gets downhill. A one-cut runner with some wiggle, he might not be as heavy as listed but he’s capable of playing at over 200 pounds without losing his speed and explosion. He was the District 17-6A offensive newcomer of the year as a sophomore.

The Eyes of Texas: Four players to watch in Saturday’s Longhorns-Cowboys game