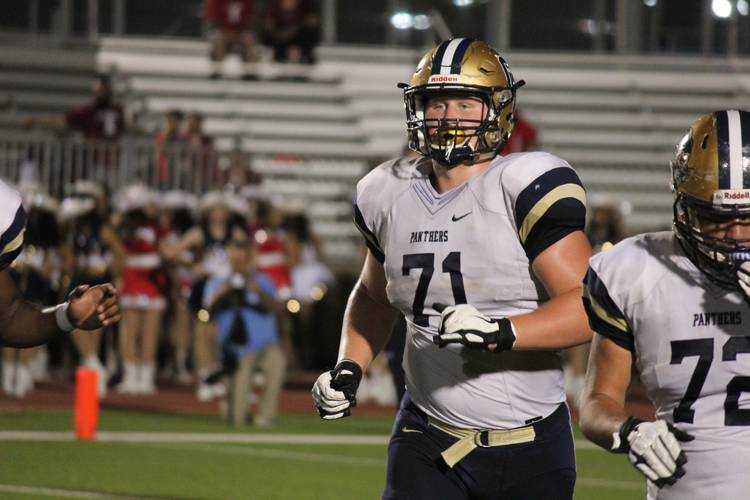 SAN ANTONIO — The weather battering the southeast portion of Texas trickled its way to San Antonio last Thursday night, forcing Texas commit Logan Parr to pull off an unusual feat: Start a game on a Thursday and finish it on a Friday. That was the case for San Antonio O’Connor and San Antonio Jay when the contest on Thursday was suspended halfway through the fourth quarter. Parr and his O’Connor teammates eventually won the game, 23-12.

The 6-3.5, 280-pound four-star offensive lineman was Texas’ second pledge of the 2020 class, following Lake Travis quarterback Hudson Card. Parr plays tackle in high school but is planning to move inside once he arrives in Austin. He’s the 10th-ranked offensive guard in the 2020 cycle, per 247Sports’ composite ranking.

“I fit into Texas as an interior guy, being able to play any of the positions up front,” Parr said. “Playing at every spot on the line at some point during my high school career has really helped me be a versatile player who can fill in at any position with confidence.”

We’ve seen Texas utilize that type of versatility with Derek Kerstter, a fellow San Antonio native. Kerstetter is the starting right tackle, but he moved to center when Zach Shackelford missed time with an injury against Rice. Parr is a four-year varsity player, featuring as a freshman. He’s seen a continuous progression in his game over the past four seasons.

“I’ve improved my technique greatly since the first time I stepped on the varsity field my freshman year,” Parr said. “I started training with an offensive line trainer who has helped sharpen my game.”

Parr is one of four linemen pledged to the Longhorns. He has become close with fellow commitments Jake Majors and Jaylen Garth because they all committed early. It’s a growing trend across college football, and it offers an advantage for players, Parr said.

“The connections with other commits are a lot easier to build when everyone commits earlier,” he said. “I’m happy it is that way because I think it will help us when we get on campus.”

Parr was on campus to watch Texas play Oklahoma State. The big man is essentially already part of the football team since he committed back in 2018. He’s no stranger to UT. Though he admits a game experience is different than the normal on-campus visit.

“Games are unique because the focus isn’t just on us recruits,” Parr explained. “The focus is on the game, so we get to see how it really works on a Saturday. Visits in the offseason are focused on us as recruits.”

Texas’ 2020 class ranks fifth in the nation after flipping wide receiver Troy Omeire from Texas A&M last Friday. Parr is one of 20 pledges in the class.

“I love our 2020 class. It’s a great recruiting class, and it is filled with fantastic people,” he said. “We’re going to do big things, and I’m excited to play my part.”

That type of answer defines Parr. He’s worked his way to this position. He wowed his coach as an eighth grader who kept showing up to offseason workouts. The path continued the trajectory upwards and eventually into a pledge to Tom Herman’s program. It’s impossible to predict Parr’s impact on the football team. It’s not hard to predict future success for Parr off the field.

“If I was to have a son, I’d want him to be like Logan. He’s a mature kid, so I think he’ll make the adjustment,” O’Connor head coach James Malesky said. “Going from 6A football to major college football is a big jump and that takes everyone time. He’s got a work ethic and desire to be the best he can possibly be, and that’s going to take him far in life and on the football field at Texas.”