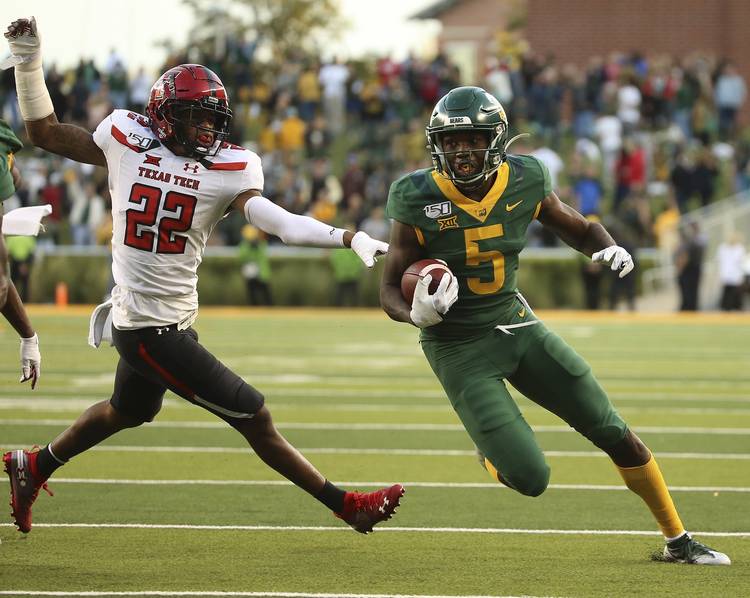 The Sooners continue to outclass the Big 12 conference under the leadership of Lincoln Riley. Oklahoma bullied Texas on both lines of scrimmage, hinting at an improved defense. The offense continues to roll, scoring 10 more points a game than any other team in the Big 12. West Virginia is next on the hit list.

Mail the Big 12 Coach of the Year trophy to Matt Rhule’s office right now. Heck, he might be in line for national coach of the year if his Bears keep overperforming in his third year at the helm in Waco. Rhule coached football teams won the last 38 games when it led entering the fourth quarter. That’s coaching.

List of things fried at the Texas State Fair: Corn dogs, oreos, Texas’ offensive line. No one expected the defense to shutdown the Sooners. Most did expect the offense to force a shootout, which became impossible with the Texas offensive line whiffing throughout the affair. Texas is the highest-ranked two-loss team in the nation.

It’s not pretty in Ames, but the Cyclones are inching back toward Big 12 contention despite a tough loss at Baylor three weeks ago. Iowa State is now on a two-game winning-streak, which is the third-longest in the Big 12. The offense is finally scoring points.

The Red Raiders look completely different than the team that loss at Arizona, and that’s a testament to new head coach Matt Wells and the impressive play of back-up quarterback Jett Duffey. Texas Tech’s defense looked solid despite an overtime loss at Baylor.

The Cowboys were given a bye week to recover from the loss to Texas Tech. Oklahoma State hosts Baylor in a game with Big 12 championship implications. Quarterback Spencer Sanders needs to rebound from his last outing to help the running game led by Chuba Hubbard.

Maybe Gary Patterson figured out who is quarterback should be during the bye week? The defense is still statistically one of the better units in the conference.

Kansas State travels to TCU hoping to break a two-game losing-streak. A win would help Kansas State’s chance to reach a bowl game.

It’s not going great in Morgantown. It won’t get better this week with a trip to Norman.

Les Miles can earn a program altering win this week with a trip to Austin. It probably won’t happen, but it could, right?

In wake of Oklahoma loss, Texas coach Tom Herman ‘obviously disappointed in everything’