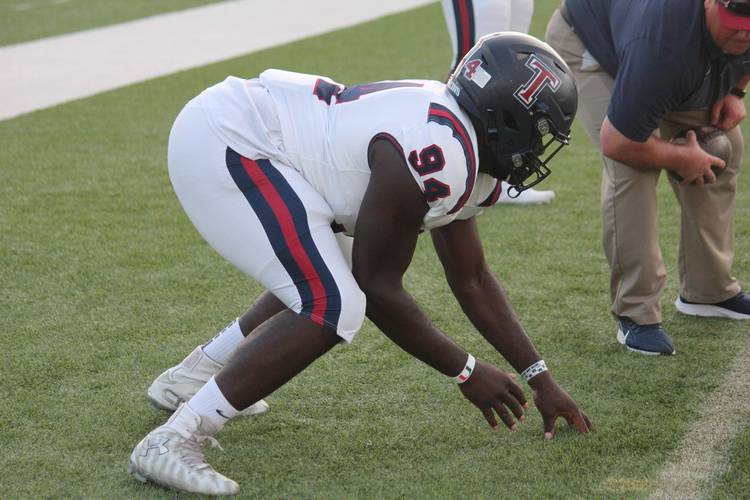 My job is simple: Drive around the state and watch football prospects who could potentially end up playing football for the Longhorns. My travels over the past three weeks included trips to Houston and Dallas-Fort Worth, as well as local stops to watch 2020 commitments Quentin Johnston and Princely Umanmielen.

Milroe was dominant in the win over Seven Lakes. He threw only 16 passes, completing 10, with four for touchdowns. He also showed off his impressive athleticism on designed runs and by buying time outside of the pocket for his receivers. A big lead and a dominant running game kept him from throwing 30 times. Milroe is a winner with an infectious personality and uncommon maturity for a junior.

I picked the right game to watch Crawford. The ultra-athletic four-star caught a touchdown, led his team in rushing and returned an interception for a touchdown. It was a dominant effort from one of Texas’ least talked about pledges in a talented 2020 cycle. Crawford can play cornerback and is physical enough to play nickel back. He shouldn’t be overlooked when discussing Texas’ top recruits.

Umanmielen is a talented, versatile lineman with untapped potential. He forced and caused a fumble in the win over Manor. He played outside in a four-man and an odd-man front, which is what his future role at Texas likely mirrors. Umanmielen wants to stay outside, but his body development might push him toward the 4i position. He has some Malcolm Roach in him from a build and playing-style standpoint. The four-star is one of the top three defensive linemen in the state and he proved why with a strong performance.

Johnston is a freak athlete. He won a dunk contest at one of Texas’ summer camps and is a talented athlete in basketball and track on top of his four-star status as a football prospect. That potential oozes from Johnston when you watch him run routes and move after the catch. He scored a touchdown against Killeen and should be a real force at Texas if he can gain wait and continue to improve as a blocker.

Adeleye might be the best defensive line prospect in the state, regardless of classification. The junior is a force. He looks like an eventual defensive tackle in a four-man front or a 4i in an odd-man front like the one Texas deploys. Adeleye was everywhere against Seven Lakes, showing strength at the point of attack and the athleticism to chase down plays. He’s also a solid pass rusher for a young player his size. Adeleye is a top-10 player in Texas for the 2021 cycle.

This was the first time I watched Wheaton play a real game. His first touch was an 80-yard kickoff return for a touchdown. His speed and elusiveness at nearly 200 pounds is rare and it is easy to see why the national recruiting services are so high on Wheaton. I’m not sure he’s on the same level as five-star running backs in the 2020 class like in-state talents Zach Evans or Jase McClellan, but he’ll be the top running back target in Texas for every major program in the country.

Wheaton doesn’t play at a power program like Galena Park North Shore or Aledo like his 2020 counterpoints, which shouldn’t be overlooked in his evaluation. He doesn’t run behind offensive lines chalked with FBS prospects like Evans and McClellan.

For No. 15 Texas, mapping out a journey back to Arlington sounds easy, but will it be?