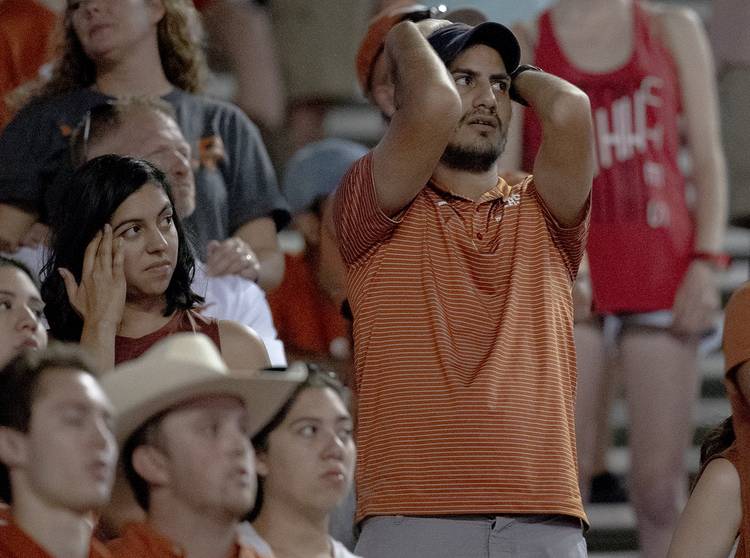 The best bet for fans of other Big 12 teams is that the NFL entices Lincoln Riley out of Norman. Oklahoma is rolling toward another Big 12 championship with its third transfer quarterback. The Sooners defense is starting to look adequate, which is all Oklahoma needed to reach a new level.

The Bears quieted doubters with a convincing win on the road against Oklahoma State. Baylor has taken on the identity of its head coach Matt Rhule, who is undefeated in his last 40 games when leading entering the fourth quarter. How long can Baylor keep Rhule in Waco with this type of trajectory?

The Cyclones finally look like the team many predicted to compete with Oklahoma and Texas for one of the two spots in the Big 12 championship game. The catalyst for the turnaround is the emergence of freshman running back Breece Hall, who abused the Texas Tech defense in the latest win.

Texas needed a field goal to beat Kansas at home. Read that sentence again if you’re upset about the Longhorns dropping to fourth in this power poll. The defense resembles a MASH Unit. It’s up to Sam Ehlinger and the offense to will this team to a rematch with Oklahoma.

The middle of the Big 12 could be ranked in four different ways. I’ll take Kansas State at five after an impressive win over TCU. The Wildcats are 4-2 on the season entering a nightmare matchup against Oklahoma.

Baylor humbled Oklahoma State in Stillwater. The Cowboys look like a bright program with quarterback Spencer Sanders at the helm, though he’s struggled to avoid turnovers. He’s thrown nine interceptions to just 11 touchdowns. That’s allowed defenses to focus on running back Chubba Hubbard.

The Iowa State loss was a step backwards for Matt Wells’ program. Not because of the loss, but because of how the game played out with Texas Tech throwing the football 52 times and the defense allowing 183 yards rushing to Breece Hall. Unfortunately, it was a script Texas Tech fans are familiar with: Too many throws and not enough tackles.

The Horned Frogs simply can’t pass the football with any consistency and that makes it impossible to win big games in the Big 12. The good news for TCU is that it gets to face Texas’ poor secondary at home.

No shame in getting throttled by Oklahoma. West Virginia gets an open week before a big push to reach bowl eligibility starts in November.

Les Miles almost pulled off a signature win on the road against Texas. Did the Jayhawks turn a corner offensively or is Texas’ defense that depleted?