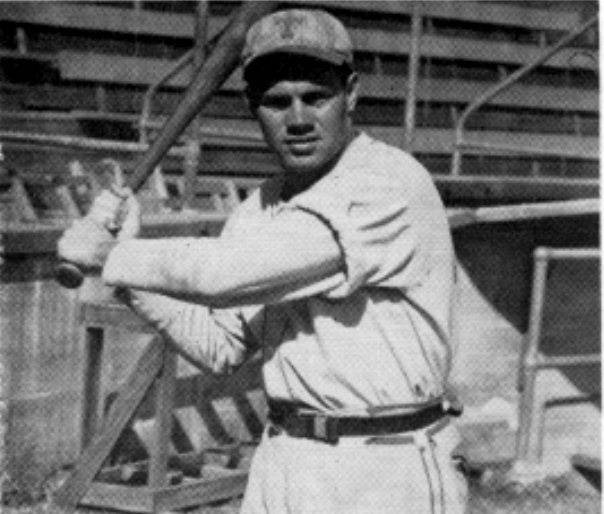 Charlie Munson, a member of the University of Texas Men’s Hall of Honor who helped the Longhorns capture their first College World Series baseball championship in 1949, died early Tuesday, his daughter Cathy Munson said. He was 95.

Funeral service will be at 1:30 p.m. Friday at St. John’s Methodist Church, 2140 Allandale Road. Burial will be at Oakwood Cemetery Annex.

Born Oct. 28, 1923, in Manor, Munson attended Austin High and graduated in 1941. He enrolled at Texas and played freshman football, basketball and baseball before entering the Army Air Corps in 1943 to serve in World War II as a pilot.

He re-enrolled at the university in 1946 and played baseball under legendary coach Bibb Falk from 1947 to 1949. He was a left fielder on the 1949 team that won the CWS in Wichita, Kan., one year before the World Series permanently shifted to Omaha.

For much of his adult life, he was a “field administrator” at Longhorn football, basketball and baseball games and a volunteer at the annual Texas Relays track and field meet.

“With the exception of Rooster Andrews, Deloss Dodds and Darrell Royal, few shook more hands at University of Texas sporting events than my dad,” his son Chuck Munson said Tuesday. “He was a fixture behind the scene, a goodwill ambassador.”

Munson was recognized for his longtime service for the university when he was inducted into the Men’s Hall of Honor in 2008. Among the other inductees from 2008 was longtime baseball coach Augie Garrido.

“Charlie Munson was a gentle warrior,” longtime Texas sports information director Bill Little said. “It didn’t matter whether you were a kid in public schools or a fan at a UT game. He treated people equally, with consummate respect. He was the perfect ambassador of good will. He loved people and he loved the game. It doesn’t get any better than that.”

Upon his graduation from Texas, he became a varsity baseball and assistant football coach at Lockhart and Cuero high schools. When McCallum High opened its doors for the first time in 1953, he because the school’s first varsity baseball coach. Among the teacher assistants he groomed at Baker Junior High was a fledgling baseball coach named Cliff Gustafson.

“He was always my hero and the best dad anyone could be blessed to have,” Cathy Munson said Tuesday. “He spoiled my brother and I until the day he died. To me he was the best man who ever lived. He loved UT and really did bleed Longhorn orange.”

Cathy Munson said her father will be buried next to his wife of 70 years, Dorothy, who died April 15, 2018. They chose to be buried close to Disch-Falk Field “so they could remain close to their favorite baseball team,” Cathy said.

Besides Cathy and Chuck, Munson is survived by grandson Charles III and three great-grandchilden — Gus, Owen and Abigail