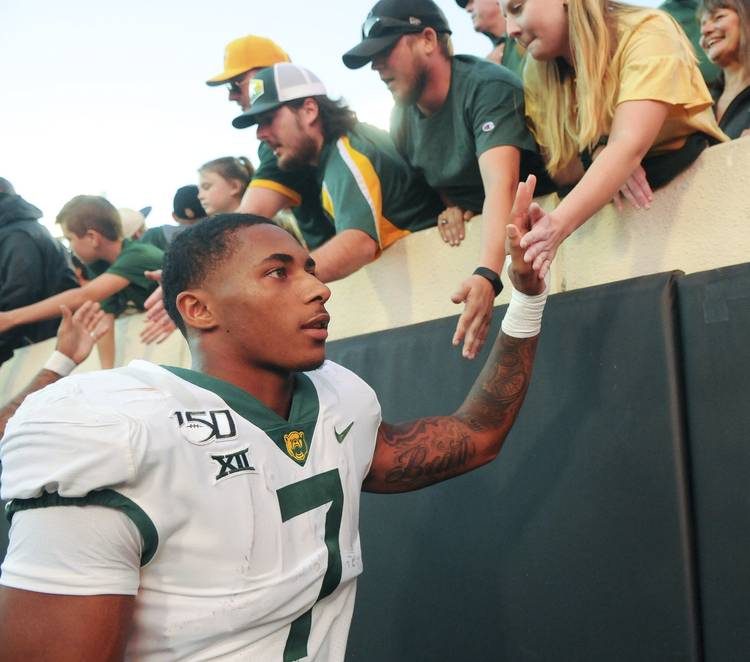 Baylor avoided death week in the Big 12 with a perfectly timed off week. The Bears moved up to the pole position in the Big 12 without even playing thanks to a 4-0 record by the underdogs in conference play last weekend. Baylor can make a point Thursday with a home game against West Virginia.

The Sooners are known for one dumpster fire performance each regular season. Kansas State proved to be that game for Oklahoma in 2019. Running the table no longer guarantees Oklahoma a berth into the College Football Playoffs thanks to high-level performances from the top two teams in the SEC and Big Ten.

Winners win and Kansas State head coach Chris Klieman knows how to win. He did it at the FCS level and is now proving his worth on the Power Five stage. Kansas State looks like a team finding an identity in the first year under a head coach. He wasn’t tasked with an easy assignment by replacing the legendary Bill Snyder.

The Cyclones were one of four favorites to fall last weekend in the Big 12. Oklahoma State went into Ames and derailed most of the momentum built over the past month by Matt Campbell’s program. It’s a disappointing year for Iowa State considering the expectations placed on the Cyclones before the season.

The Horned Frogs do what Gary Patterson loves to do the most: Beat Texas. TCU is now 5-1 in the last six meetings against Texas. Freshman quarterback Max Duggan had a career game and the TCU defense finally looked good in the red zone. The sky is no longer falling in Fort Worth.

Texas is a Cameron Dicker field goal away from a three-game losing streak. Sure, the injuries on defense are unfortunate, but there’s simply no excuse for Texas to look this bad in year three under Tom Herman. Sam Ehlinger took a step backwards with a four interception performance. The defense is an utter mess.

The 2019 Cowboys are an enigma. This team proved capable of beating Iowa State, but we’ve also seen Mike Gundy’s squad fall to Texas Tech and get beaten down by Baylor. The offense is nearly unstoppable when quarterback Spencer Sanders takes care of the football.

West Virginia was off last week. The Mountaineers can shake up the conference with an upset win over Baylor on Thursday.

Les Miles nearly secured his first Big 12 win a week early at Texas. The Jayhawks pulled off the accomplishment with a home-win over Texas Tech. Running back Pooka Williams Jr. is a top-five player in the entire conference and quarterback Carter Stanley is playing his best football.

A loss to Kansas results in the cellar position for Texas Tech. Those are the rules.