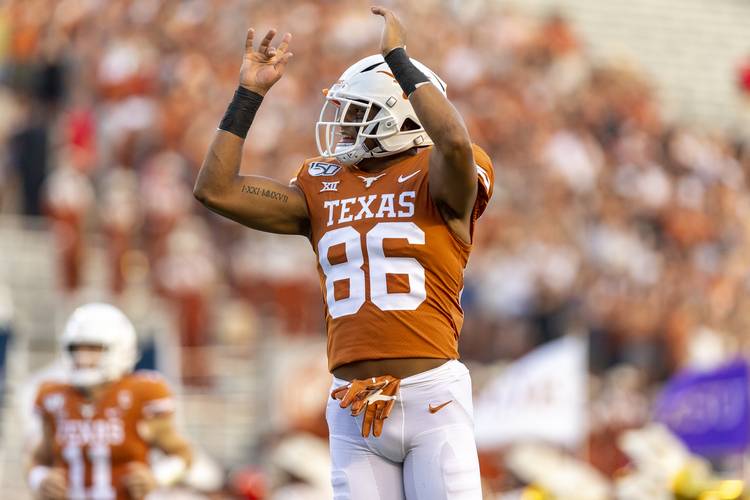 The Pouncey brothers want nothing more to do with Texas.

Sophomore receiver Jordan Pouncey put his name into the NCAA transfer portal on Thursday, a UT spokesman said. It was the same day his younger brother Ethan backed out of his commitment to UT. Both are from Winter Park, Fla.

Jordan Pouncey played in all eight games so far this season but had only two catches for 19 yards. This came after he played in seven games as a freshman last season, all on special teams.

Jordan Pouncey was ranked the 113th-best receiver in the nation during his recruitment and the 109th-best player overall in Florida, according to 247Sports.

Ethan Pouncey, a four-star cornerback, announced his commitment to Texas before the season started. Now he becomes the third member of the 2020 signing class to back away from that pledge. Texas had two other players open their recruitment last week before UT faced TCU.

“After long consideration and talk with my family it is in my best interest to decommit from the University of Texas and reopen my recruitment,” Ethan Pouncey posted on Twitter.

It’s unclear whether Jordan Pouncey will remain with the team, although some players have done that in the past. Texas coaches were on the road recruiting on Thursday. UT is idle this week.

Texas’ notable number: Tight ends in the Longhorns offense — and the number 11