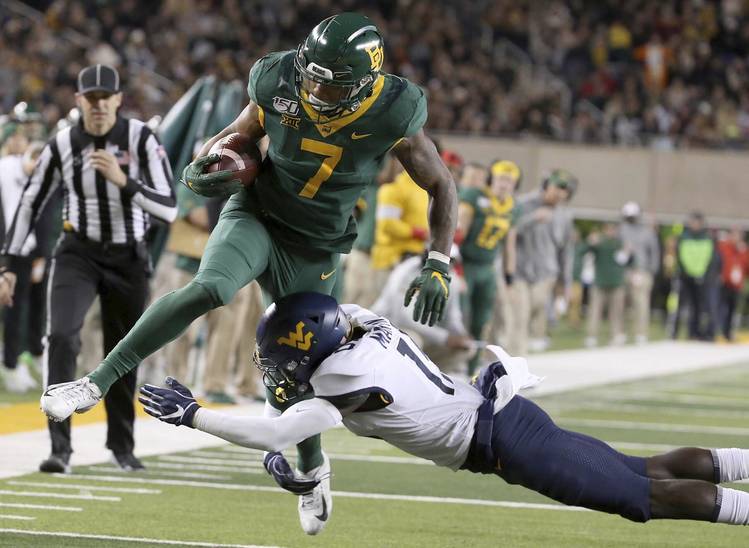 Baylor doesn’t care about style points. The goal for the Bears is to reach the Big 12 championship game and earn a victory, so head coach Matt Rhule won’t care about how pretty the wins are when he’s polishing his national coach of the year trophy. Baylor is the best defensive team in the conference.

The Sooners had an open week to sulk over the loss to Kansas State. Oklahoma can prove it was a blip on the radar with a convincing win over Iowa State on Saturday. The run defense must improve for Oklahoma to run the table and hold a shot at a berth in the College Football Playoffs.

Head coach Chris Klieman is coaching his tail off in Manhattan and is clearly the best first-year head coach in the Big 12. The Wildcats head to Austin this weekend with a chance to beat the Longhorns and send the entire Texas fan base into crisis mode.

The Longhorns move up to No. 4 this week thanks to losses by TCU and Iowa State. Really, the rankings are fluid between four and seven as several teams are taking turns beating each other in Big 12 play. Maybe the open week helped Texas get close to healthy and back to the team most of us expected in Austin against Kansas State. The wheels could fall off with another loss.

Oklahoma State is the bi-polar team of the Big 12. The Cowboys are capable of losing to Texas Tech, but is now on a two-game winning streak with victories over Iowa State and TCU. Quarterback Spencer Sanders is a boom or bust type quarterback on any given Saturday, while Chuba Hubbard continues to dominate on the ground.

The last time we saw the Cyclones in action Matt Campbell’s team lost to Oklahoma State at home. Iowa State won’t live up to its preseason expectations, but it can still play spoiler starting this week with a trip to Oklahoma. Iowa State is nearly two-touchdown underdogs against the Sooners.

TCU fans can hold on to the victory over Texas because that’s about as good as it gets for Gary Patterson’s program in 2019. A home game against rival Baylor provides another opportunity to jump-start a program lacking defined leadership on the offensive side of the football. The Horned Frogs allowed 301 yards rushing in the loss to Oklahoma State.

Kansas State remains the football kings of the state by throttling the Jayhawks. Basketball season is near, so no one in Lawrence will notice.

Tech can get out of the basement of the Big 12 Power Poll with a win over West Virginia this weekend. The Red Raiders defense is allowing 478 yards per game in 2019.