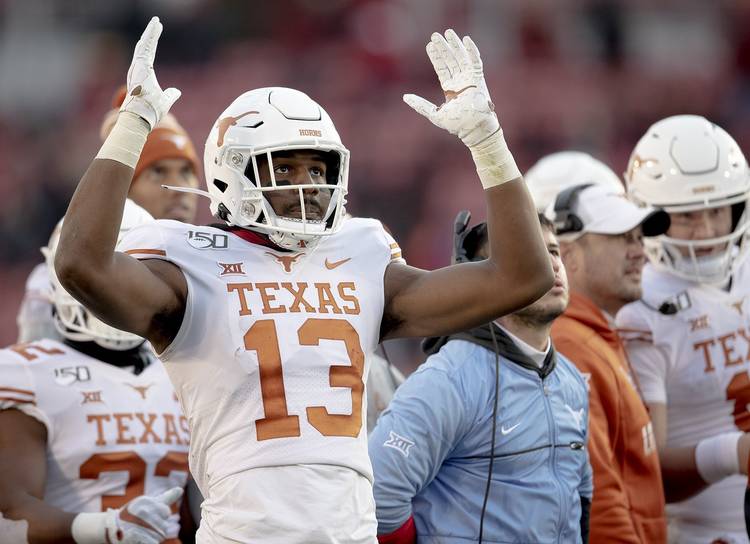 Revisiting our five pregame questions that were facing the Longhorns ahead of Saturday’s 23-21 loss at Iowa State. How they played out:

1. Did Texas avoid a slow start?

The Longhorns’ start was so slow, in fact, it sluggishly continued until literally the final 47 seconds of the first half. Texas’ first six drives of the game? Punt, punt, punt, punt, punt and punt. Texas’ first two drives were three-and-outs (the Horns had eight in all) and just like that, Iowa State was up 7-0. Remember last week, Kansas State jumped out to an early 14-0 lead. The Longhorns have scored 13 points in the first quarters of the last three games.

2. Did one of Texas’ freshmen receivers re-emerge?

Not having Collin Johnson, who missed the game with a sore hamstring, had an effect on the passing game. Devin Duvernay and Brennan Eagles were solid, but there weren’t any notable pass-catchers making an impact beyond  them. Freshmen Malcolm Epps and Al’Vonte Woodard had catches, and there was even a Marcus Johnson sighting. But no one else really emrged.

The Cyclones, who are fourth in the Big 12 in sacks, got to Sam Ehlinger twice. Iowa State has had at least two sacks in all but one game this season; the Cyclones have 25 for the year. Texas has given up a Big 12-worst 27 sacks.

As advertised, La’Michael Pettway (a graduate transfer who was Arkansas’ leading receiver last year), Deshaunte Jones (Iowa State’s deep threat) and Charlie Kolar (one of the top tight ends in the country) were as good as advertised. Pettway had eight catches for 100 yards and Jones had 144 yards and a touchdown on seven catches. Kolar was held to 34 yards on five grabs, but one of them was a touchdown.

5. Did Cameron Dicker have to come to the rescue again?

But Connor Assalley sure came to the Cyclones’ rescue. Who knows what might have happened had Ehlinger gotten one final chance with a minute-and-a-half left, no timeouts and Texas trailing 23-21? Instead, the costly offside call on fourth down allowed Iowa State to run down the clock and win it on Assalley’s kick. Three of Texas’ last four games have come down to a walk-off kick.