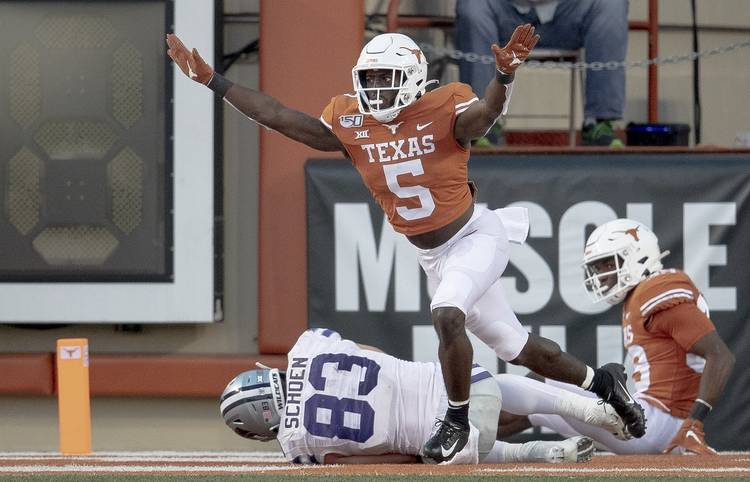 Five key matchups in the Texas-Baylor game to keep your eye on Saturday afternoon:

As has been well-documented, Ehlinger and Brewer’s Austin-area high schools were rivals. This matchup, though, is about more than a high school rivalry. Brewer has passed for 2,532 yards and 18 touchdowns this season, and his passing efficiency mark of 156.5 is the 19th-best in the country. Ehlinger has 2,914 passing yards and 27 touchdowns. Both are dangerous with their feet. Brewer has run for nine touchdowns and is averaging 2.5 yards per carry. Ehlinger has rushed for 428 yards and five touchdowns on 123 carries.

According to Baylor, the 6-3, 215-pound Mims is the only receiver in the country who has had at least eight touchdown catches in each of the past three seasons. This fall, his 10 touchdowns have complemented 50 receptions and 767 yards. Jamison is among the cornerbacks that Texas could throw at Mims. Jamison, a sophomore who actually recorded a 17-yard catch in last year’s game, leads UT with three interceptions. All three of those picks have been in road games.

Texas has scored only three points in the first quarters of the last three games, but this is not a new trend. By far, the first quarter has been the least productive for Texas this season. The Longhorns have been outscored 47-45 over the first 15 minutes of games. The other three quarters? Texas has scored 114 points in the second, 72 in the third and 130 in the fourth.  Baylor, meanwhile, has allowed only 25 first-quarter points through 10 games. And as for opponents’ opening drives, the Baylor defense has forced eight punts and given up two field goals.

Due to the turnaround he has masterminded at Baylor, Rhule has earned a spot on the short list of the Big 12’s top coaches. Herman, meanwhile, has drawn the ire of fans in Austin due to his team’s post-Sugar Bowl struggles. But it should be noted that Herman has yet to lose to Rhule. Both coaches took over their programs ahead of the 2017 season, and UT has posted 38-7 and 23-17 wins over Baylor the past two years. And when Herman was at Houston and Rhule was at Temple, Herman’s Cougars beat Rhule’s Owls for the 2015 American Athletic Conference championship.

The last three times that Texas has hit the road, the Longhorns have returned to Austin with a loss. The Longhorns were beaten in Dallas by Oklahoma on Oct. 12, and then recorded losing efforts at TCU and Iowa State. Next up is a trip to McLane Stadium, a location where Texas is 2-0 since it opened in 2014. Baylor has become a tough out at home this season, and will mark the second straight year that the Bears have posted a winning record in Waco. Two of the team’s three home losses since the start of the 2018 season have been by a total of just 10 points.