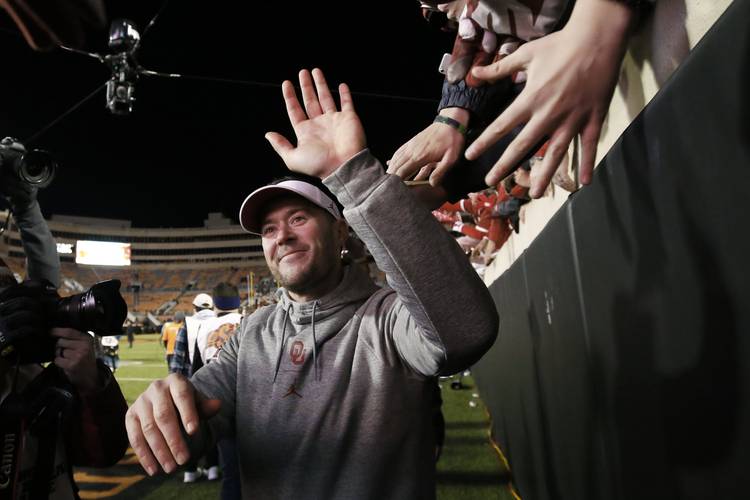 A loss by Alabama cracked the door for Oklahoma to return to the College Football Playoff. It’ll take an impressive win over a Baylor squad playing with house money. The pressure is firmly on the Sooners as Oklahoma searches for its fifth consecutive Big 12 championship and a level of sustained dominance unseen in the history of the conference. It’d be 14 total for Oklahoma.

The Bears overachieved despite the outcome in the rematch against Oklahoma. Baylor put the Sooners on the ropes with a big first half before fading at home in the final 30 minutes of the contest. An outside chance remains for Baylor to reach the College Football Playoffs with a win and a Utah loss on Friday to Oregon in the Pac-12 championship.

Mike Gundy had his squad playing its best football of the year when redshirt freshman quarterback Spencer Sanders was sidelined with an injury. There’s no shame in falling to Oklahoma with a backup quarterback. The Cowboys were clearly the third-best team in the conference over the last six weeks of the season.

Kansas State put an exclamation point on its regular season with a 10-point victory over Iowa State. Head coach Chris Klieman was tasked with replacing a living legend at Kansas State in Bill Snyder. He proved the future is bright with an eight-win season, including a win over Oklahoma.

The fact that a 7-5 season feels so disappointing in Ames is a testament to the job head coach Matt Campbell is doing at Iowa State. The Cyclones must improve in one-possession games in 2020. Iowa State lost by one point to Iowa and by two points to Baylor and Oklahoma. The loss to Kansas State was the first two-possession loss of the season.

Texas waited 48 hours to fire its defensive coordinator and demote the offensive coordinator to quarterbacks coach. Tom Herman also fired his wide receiver coach. The firings put Tom Herman squarely in the hot seat heading into the 2020 season because there will be no one left to fire if it goes wrong in year four.

West Virginia was the most improved team in the conference over the course of the season. Neal Brown’s tenure started with a narrow win over James Madison and a 31-point loss to Missouri. It ended with November wins over Kansas State and TCU.

TCU entered the week with a chance to reach a bowl game, but came three points shy of forcing overtime at home against West Virginia. The Horned Frogs enter the offseason with plenty of questions on the offensive side of the football.

Matt Wells’ first season in Lubbock was a roller coaster. The good news is that the Red Raiders are now led by a man who favors substance to flash. Wells will turn Texas Tech into a winner before too long.

Les Miles enjoyed more success on the recruiting trail than on the football field in year one at Kansas. The Jayhawks aren’t an easy fix, even for the Mad Hatter.