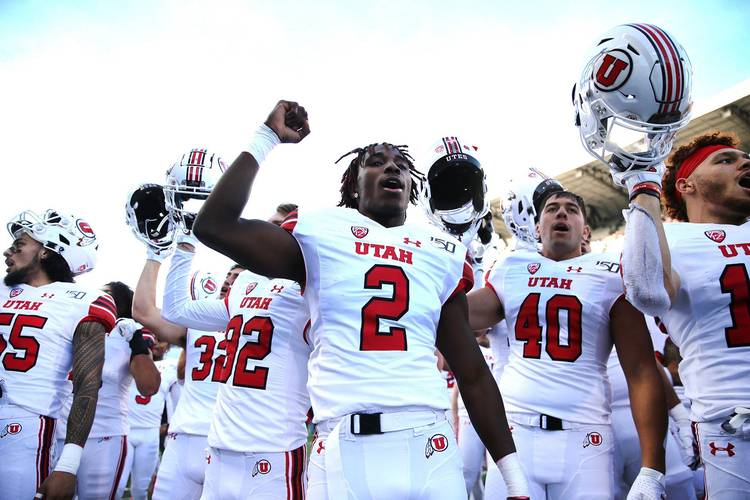 How does New Year’s Eve on the River Walk sound?

If Texas and Utah officials are being honest, it’s not ideal.

Both the Longhorns and the Utes had designs on ringing in 2020 in other places, like maybe Atlanta, Phoenix or anywhere they’re hosting a New Year’s Six bowl game.

Instead, Texas went 7-5 during the regular season. Utah went 11-1 but lost the Pac-12 championship game and dropped to 11th in the final College Football Playoff rankings released Sunday. Both were perfect choices for the Alamo Bowl.

The game is scheduled for Dec. 31 at the Alamodome in San Antonio. Kickoff will be at 6:30 p.m.

“We talked to the administrators earlier, and both sides are truly pumped up and fired up to be coming to the Valero Alamo Bowl,” bowl CEO Derrick Fox said. “So that makes for a lot of fun and a big bowl week.”

Texas has played Utah only once before. The Horns won 21-12 in the 1982 season opener at Royal-Memorial Stadium. It’s the other school from the Salt Lake City area, one by the name of BYU, that’s given Texas fits in recent years.

“We’re a young team that had some injuries, and we didn’t exactly meet our expectations, but I think our kids played really, really hard,” UT coach Tom Herman said on a bowl teleconference. “We have some really good young talent, and we’re excited to be there.”

Herman did not take questions from reporters, only a bowl representative, and did not give updates about the search for new coordinators and assistant coaches.

At the time of the teleconference, Herman had taken only a cursory glance at Utah’s statistics. The coaches are consumed with wrapping up recruiting as the early signing day is Dec. 18.

“Coach (Kyle) Whittingham has had some unbelievable defenses in the past, and this year is not much different, if any,” Herman said.

Utah has won back-to-back Pac-12 South division championships under Whittingham. He watched Texas play LSU and Oklahoma this season and noted how the Horns have “just a lot of talent. And it’ll be certainly a great matchup.”

Alamo Bowl officials had their choice of four Big 12 teams — Texas, Oklahoma State, Iowa State and Kansas State. The Cyclones played in the game last season, so that hurt their chances, Fox said. Texas had head-to-head wins over OSU and K-State.

Alamo Bowl reps also looked at taking USC over Utah as the Pac-12 representative. But it was probably impossible for the bowl to pass on the 11th-ranked Utes in favor of a Trojans team in disarray with coach Clay Helton under fire back home.

“So we just thought collectively, this is the right matchup with Utah and Texas this year to put together for the Valero Alamo Bowl,” Fox said.

Whittingham’s club started the season 3-0 and lost to USC. The Utes then ran off eight straight wins to reach the Pac-12 championship game. Oregon defeated Utah 37-15 at Levi’s Stadium on Friday.

“It’s our first trip to the Alamo Bowl,” Whittingham said. “We have quite a few players on our roster from the state of Texas, and it’ll be a good experience for those guys to be able to get back home and play in front of some of their family.”

The Longhorns played in the Alamo Bowl twice earlier this decade. In 2012, quarterback David Ash spearheaded a stunning 31-27 comeback win over No. 15 Oregon State. The next year, Texas lost to No. 10 Oregon and future Heisman winner Marcus Mariota.

Few may remember many details from that 30-7 loss that ended the 2013 campaign. But it was the final game in coach Mack Brown’s 16 seasons at Texas. The image of Sally and Mack Brown walking off the field that night is one of the most indelible moments in recent Texas football history.

As a program, Texas has bounced all over the postseason landscape in the past five-plus seasons. The Horns went 1-1 in two Texas Bowl appearances, missed the postseason twice and won the Sugar Bowl.

“We’re all extremely excited to be able to play against such an incredible opponent like Utah,” Texas quarterback Sam Ehlinger said in a statement. “What they’ve done this season has been spectacular.”

Defensive end Malcolm Roach said the Horns know “it’s a business that we have to handle.”

“Everybody knows it’s going to be the seniors’ last game in a Texas uniform,” Roach said in a statement, “so it’s a great situation to be able to get ready for one of the best teams in the country and finish our UT careers off in Texas.”