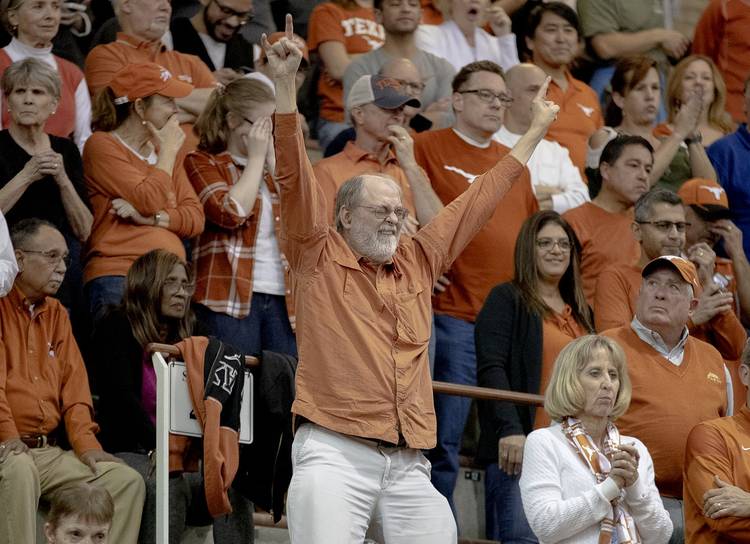 Texas athletics is going back to a previous partner for a 12-year deal worth $96 million to have the Longhorns’ logo stamped on shirts, hats, coffee mugs and mouse pads.

The UT System Board of Regents approved a new contract Monday with Collegiate Licensing Co. that runs through June 2032 and is worth $8 million annually.

CLC started managing UT’s brand in the late 1990s and helped the Horns become the nation’s No. 1-selling logo as Mack Brown’s team cruised through the 2000s. It is owned by Learfield IMG College, a far-reaching company that manages everything from collegiate ticket sales, radio distribution and advertising deals.

Former athletic director Steve Patterson announced in March 2015 that the school was turning away from CLC for 289c Apparel, a company that has a UT system-wide deal. “It will represent a tremendous cost-savings,” Patterson said at the time. UT’s partnership with CLC lapsed in 2016.

Still, fans kept on buying just about anything with UT’s trademarked logo. Texas football took in $32 million in royalties, licensing and sponsorships during the 2017-18 athletic year, according to the most recent audited data. Overall, UT athletics generated $47.2 million during that year.

“Particularly with data management and retail consumer insights CLC has developed that will help us more effectively manage the Texas brand strategically by product, category and retailer,” Martin said.

Most fans won’t notice a difference. But Texas will have the ability to change with consumer tastes faster.

Martin said the department can “broaden our apparel and headwear selections to retailers in an effort to offer a wider selection of product to our fan base.”

Texas has long been protective of its brand. Not just anything gets approved by UT officials.

“We won’t throw the doors wide open like an all-comers meet,” Martin said, “but we will take a holistic look at where we are, listen to what retailers are hearing from our fans, and look at the data to determine national trends in licensed product in order to give our fans the best products available.”

After going for gold on an international stage, UT’s ‘peas in a pod’ ready to chase an NCAA title