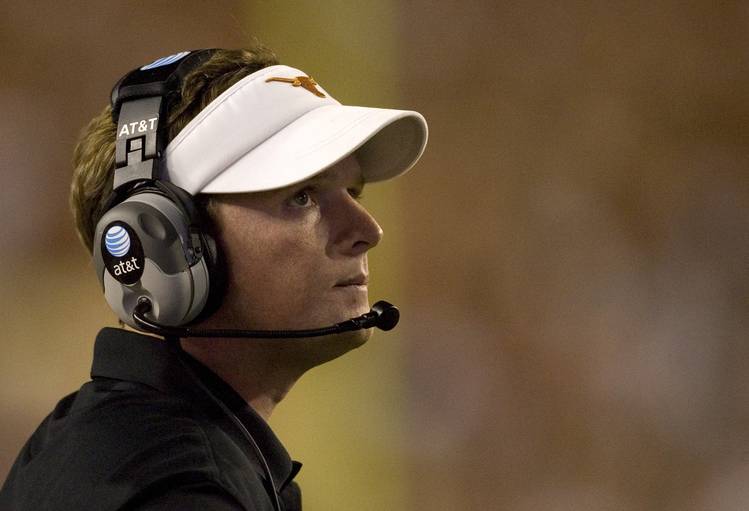 Head football coach Nick Saban has 12 interns on his staff this year at Alabama making a combined $610,000, including three prominent former head coaches, according to records obtained by USA TODAY Sports.

“He’s an intern, an analyst,” Saban said then.

It’s a job that was largely unheard of more than 10 years ago but since has become a spreading subindustry in major college football, driven in large part by the success of Saban, who started with three of these non-coaching positions in 2010.

Since then, the proliferation of these analyst jobs also has been partially driven by a peculiar market demand among recently fired coaches, said Dennis Cordell, founder of Coaches Inc., a firm that represents college coaches and analysts in employment contract matters.

They’re taking a relatively low-paying job that doesn’t allow them to coach or recruit players. And they’re still owed big money – sometimes millions – by the school that just fired them.

Jones, for example, was owed $8.3 million in monthly buyout installments from Tennessee through Feb. 28, 2021 after his firing there in 2017, according to his contract. Applewhite was owed about $2 million for the final three years of his contract at Houston after being fired there last year. Likewise, defensive coordinator Jim Leavitt was owed up to $2.5 million from Oregon after reaching a settlement to leave there this year. He then got a job as an analyst at Florida State for $80,000 per year.

This is part of a larger correlation, Cordell told USA TODAY Sports.

More coaches are making more guaranteed money than ever, according to the annual review of coaches’ compensation by USA TODAY Sports. When fired, Cordell said many are soon looking for new landing spots because of stipulations in their employment contracts known as the “duty to mitigate damages.”

For example, while Tennessee owed Jones, the payout was subject to his duty to mitigate or reduce that amount by seeking a new employer and then using his pay from that job to offset it.

This duty is common in coaches’ contracts, subject to negotiation before the deal is signed. It is used to preserve the coach’s guaranteed level of pay for the remainder of his old contract while reducing the firing school’s severance cost.

If Jones had found a job that paid him $3 million through February 2021, Tennessee’s $8.3 million pay to him would be reduced to $5.3 million, and Jones still would be made whole financially.

Jones, 51, instead is apparently meeting his contractual duty to Tennessee by getting a job as an analyst at Alabama for $35,000, leaving Tennessee on the hook.

To some, it might look like Alabama and Jones have conspired to extract maximum blood from Tennessee, one of Alabama’s hated rivals.

But it generally doesn’t work that way, said attorneys Russ Campbell and Patrick Strong of Balch Sports, a firm that negotiates coaches’ contracts.

“Most coaches want to coach at the highest level possible, and staying in an analyst position simply to take advantage of contractual guarantees is contrary to that innate desire,” Campbell and Strong said in response to an inquiry from USA TODAY Sports. “Some fired coaches end up as analysts because that was the best position available for them at that time. The hiring carousel is an open market, coaches don’t often get to pick and choose where they land. Sometimes it’s an analyst position, sometimes it’s a media position, while other times it’s an on-the-field coaching position.”

Unlike them, these lower-paid analysts are not allowed to coach or recruit. They instead help analyze film and are valued for their expertise by the schools that can afford them.

Many are young aspiring coaches trying to gain experience and move up, such as former Alabama and NFL cornerback Javier Arenas, 32, who earns $53,000 as an analyst for the Crimson Tide.

Alabama declined a request for comment from USA TODAY Sports.

Like Jones, fellow Alabama analyst Applewhite had a duty to mitigate his $2 million buyout from his previous job. Other examples:

►At Florida State, Leavitt was hired as an analyst this year after leaving Oregon. His contract at Oregon said he agreed to mitigate the money he was owed if the school fired him. In February, he reached an agreement to leave with a potential buyout of $2.5 million, payable to him over “multiple years, and subject to reduction based on future employment,” the university said. The university declined to provide the agreement.

►At Texas, Andre Coleman was hired as an analyst this year for $25,000 after leaving his job as offensive coordinator at Kansas State. KSU owed about $1 million for the final two years on his contract after head coach Bill Snyder retired last year and Coleman was not retained. It was subject to the duty to mitigate with offsetting pay.

►At Oklahoma, former Nebraska defensive coordinator Bob Diaco was hired last year as an analyst for $48,000 after getting fired from Nebraska in 2017, when the team finished 4-8. Nebraska owed him about $1 million for the final 14 months of his contract, subject to his duty to mitigate. Records obtained by USA TODAY Sports showed he got a little over $1 million from Nebraska after his firing, punctuated by a final lump gross payment of $639,000.

For schools, “analysts are a good way to pay a little and get a lot,” said Marty Greenberg, an attorney who has represented coaches in contract matters for more than 20 years.

Fired coaches with duties to mitigate face a big risk if they don’t pursue new jobs in good faith. The firing school could stop paying the coaches’ buyout.

After Arkansas head coach Bret Bielema got fired in November 2017, he was owed $11.9 million for the rest of his contract in monthly payments, subject to his duty to mitigate.

But after he got a job as a “volunteer” with the New England Patriots in 2018, the Arkansas Razorback Foundation considered this a breach of his duty and stopped making payments last year with only about $4.2 million paid so far, according to the Arkansas Democrat-Gazette.

The Dotted Line: Five future Longhorns are one win away from state title games