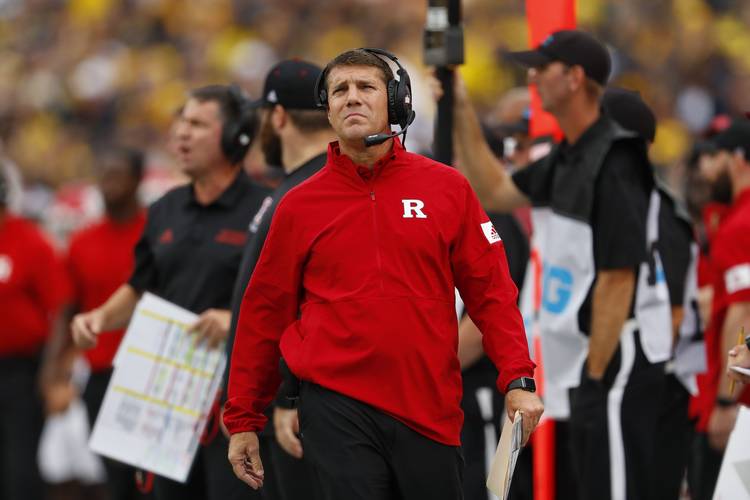 All signs pointed to former Rutgers coach Chris Ash being named the new Texas defensive coordinator but nothing was official, according to a UT source. No announcement was expected Sunday.

Ash was 8-32 in three-plus seasons at Rutgers before being fired in late September. Before joining Rutgers, Ash was a co-defensive coordinator for two seasons at Ohio State from 2014-15.

The 2014 season was the same year Texas coach Tom Herman was the Buckeyes’ offensive coordinator. Together, Herman and Ash helped Ohio State win the national title.

Ash came to Austin and observed the UT coaching staff the week of the Oklahoma game. However, he has never been a full-time staff analyst.

It’s still possible that Ash is using the Texas defensive coordinator job as a backup plan in case he can’t land something better.

In January 2014, Ash told Ohio State reporters in straight-forward terms, “I want a chance to be a head coach.” He praised then-Ohio State coach Urban Meyer and said the Buckeyes job “will help me evolve and grow as a coach to help me be better suited for an opportunity down the road.”

Last Thursday at an Alamo Bowl press conference, Herman said he was merely looking for the “best guy” and not someone who fit a particular scheme.

“We don’t need scheme in Texas,” Herman said. “It’s about playing hard. It’s about tackling. It’s about being in the right place at the right times, swarming to the football and being very fundamentally sound.”

Herman also indicated that he did not feel pressed to make a quick hire even with the early signing day on Wednesday. The Longhorns’ current recruiting class is ranked seventh nationally by 247Sports composite rankings.

Herman said the new defensive coordinator should “highlight some of our defensive lineman” and create more pass rush without having to blitz.

It’s unclear what kind of contract Ash could get. All multi-year contracts must be approved by the UT System Board of Regents. Orlando got a raise and extension after the 2018 season. His deal was worth $1.7 million annually.