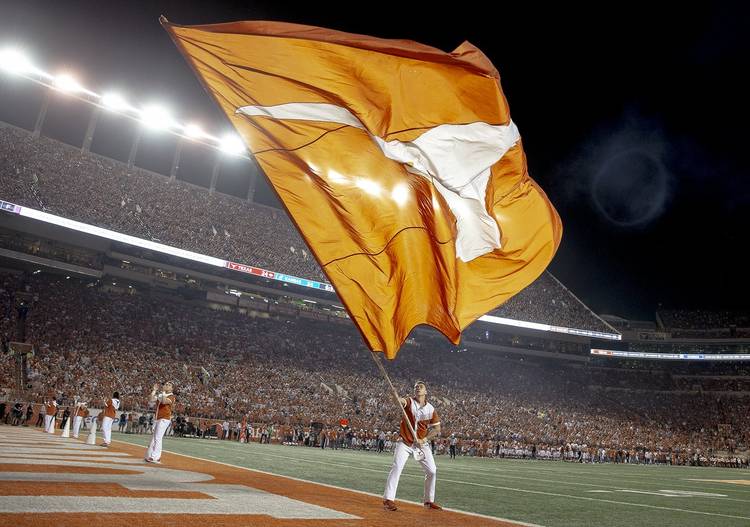 Texas signed seven defensive prospects during the early signing period. Six signed on Wednesday, while the Longhorns added Frisco Lone Star three-star outside linebacker Jaylan Ford on Thursday when he flipped from Utah. It was a slower cycle on defense with the struggles during the season and the firing of defensive coordinator Todd Orlando.

Here is an overview and grades for each position group on defense. We graded the offensive signees earlier today:

This grade can move to an A if the Longhorns end up landing local defensive linemen Alfred Collins and Princely Umanmielen. Collins, from Bastrop Cedar Creek, is expected to announce Jan. 4 in San Antonio at the All-American Bowl. Umanmielen, a Manor product and a one-time UT commit, decided to hold off until national signing day.

Broughton was a major get for assistant coach Oscar Giles. He’s the highest-rated defensive tackle on the 2020 Fabulous 55 and he’s enrolling early, providing the 6-5, 286-pound former basketball player an opportunity to learn new defensive coordinator Chris Ash’s scheme early and find a way into the two-deep as a freshman. A schematic move to a four-man front likely helps Broughton find a way onto the field early.

Goram-Welch is more of a project. The one-time Oklahoma State commit won a state title as a junior. He received an offer from Texas late in the cycle after Utah native Van Fillinger decommitted. Goram-Welch is also enrolling early and is capable of playing either defensive tackle positions in a four-man front.

Dorbah is the best pass rusher in the state. He recorded more than 40 sacks in three varsity years. The Highland Park standout was the defensive MVP of the Class 5A Division I state championship last year. He played defensive end in his prep career but is expected to transition to linebacker in the same vein as Joseph Ossai.

Texas pulled off a shocker Thursday by flipping Ford from Utah. Ford is a 6-2, 205-pound outside linebacker who can run like a safety. He held 11 offers, including Utah, Minnesota and Kansas. He is the model of production. He was the District 13-5A defensive newcomer of the year as a sophomore and the District 5-5A Division I MVP as a junior.

Texas could still use another linebacker in the class. Kansas commit (and Texas native Brennon Scott) elected to not sign early, so he’s still in play for the Longhorns. The Dallas Bishop Dunne product holds a Texas offer.

The Longhorns did a great job at safety with Alford and Thompson. Alford enrolls early and could make an impact as a freshman in the same way Caden Sterns and B.J. Foster did in 2018. Alford helped Alvin Shadow Creek reach back-to-back state title games in his prep career. He’s considered a versatile safety who can play either deep position or nickel.

Thompson is a thumper who exudes East Texas physicality. He’ll become a fan favorite because of his pension for big hits. The four-star was always around the ball in his three-year varsity career at Lufkin.

Crawford is the lone cornerback signee. The East Texas product is fast, physical player who starred on both sides of the ball at Tyler John Tyler. The Longhorns lost commitments from cornerbacks Joshua Eaton and Ethan Pouncey in October. Crawford is a four-star with potential to play early given the performance of the position group in 2019. He’s also a special teams ace.

Kelee Ringo is a five-star from Arizona who is still available, but all signs point to him signing with Georgia.