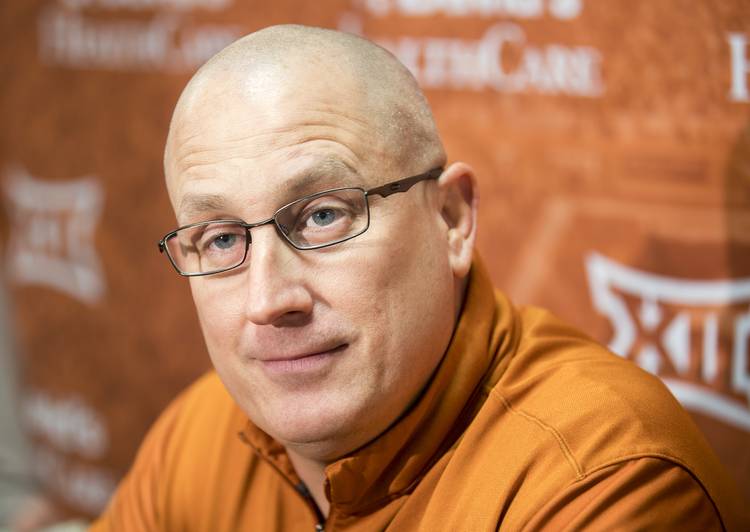 University of Texas Craig Naivar answer questions from the local media about his strategy for the Texas Longhorns at the Moncrief Athletics Complex, UT campus at Royal-Memorial Stadium on Wednesday, Feb. 22, 2017. RICARDO B. BRAZZIELL/AMERICAN-STATESMAN

Texas safeties coach Craig Naivar, the interim defensive coordinator for the Alamo Bowl victory, will not be retained for the 2020 season, he said.

Naivar had removed all references to Texas on his Twitter profile by midday Wednesday.

Orlando was dismissed on Dec. 1 and is now headed to Texas Tech, according to a source. Naivar called the defensive plays in UT’s 38-10 win over Utah in the Alamo Bowl.

But Ash has a deep background working with safeties, although it’s still unclear exactly what position group he will coach.

Naivar also has a long history working alongside cornerbacks coach Jason Washington. It’s unclear whether Washington will be retained by Herman and Ash.

Running back coach Stan Drayton and offensive line coach Herb Hand are likely to stay, according to Orangebloods. Hand is the only assistant currently on staff with one year remaining on his contract. All others have year-to-year deals.

Orlando will be Tech’s co-defensive coordinator and linebackers coach with the Red Raiders. He is reuniting with Tech coach Matt Wells, who worked alongside Orlando when they were at Utah State together.