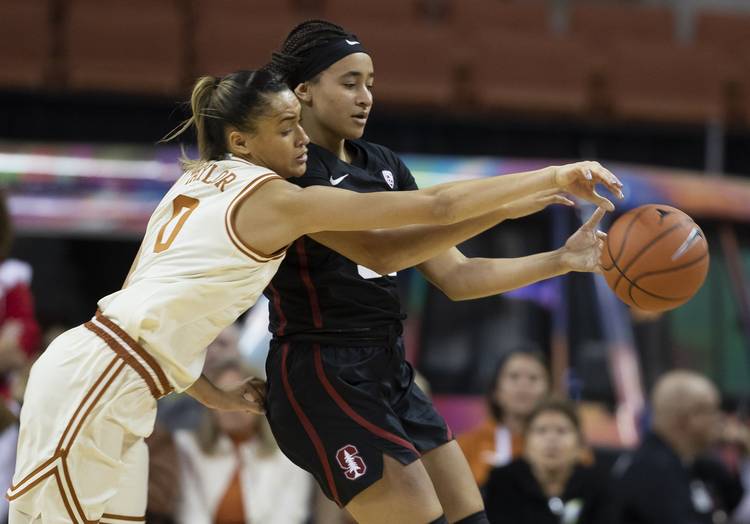 When voters submit their ballots for the next Associated Press weekly poll, the decision on who’s No. 1 won’t be an easy one.

Connecticut was last week’s No. 1, but the 30 total first-place votes were split between four teams. And none of them were sixth-ranked Baylor, which then beat UConn by 16 points on Thursday. And No. 8 UCLA, which is one of the nation’s two remaining undefeated teams, didn’t receive any first-place votes either.

Three different programs — Oregon, Stanford and Connecticut — have been ranked No. 1 at some point this season. No one has been able to hold on to that top spot for longer than four weeks, though.

So, who is really No. 1?  Is this a season in which anyone can win a championship? Texas coach Karen Aston said those questions may not be answered until later.

“You’re definitely seeing some more parity than we’ve probably ever seen. Is that going to translate in the NCAA Tournament still remains to be seen,” Aston said Friday. “I just think there are better players across the country. They’re making decisions to go different places now. … Players are going to mid-majors now. They’re going where they want to go.”

Continued Aston: “The NCAA Tournament will tell us whether if it’s for real or whether players and teams are just letting their guard down at certain times. It sure looks like there’s going to be an entertaining tournament somewhere down the line.”

Four different teams have won the last four national championships. And if the first 10 weeks of this season are an indicator, the days of asking whether UConn’s dominance is bad for women’s basketball are in the rear-view mirror.

Thirty-four schools have been ranked this season, including Texas. The Longhorns, who are currently not ranked, have gotten as high as 15th. But they also have tumbled out of the Top 25 twice.

Still, at times, Texas (9-5, 1-1 Big 12) has run with the best of the best. The Longhorns ended Stanford’s three-week reign at No. 1 with a 69-64 win at home on Dec. 22. And they beat a Tennessee team that was ranked 17th. That win over the Lady Vols was a part of a Big 12/SEC Challenge that also featured West Virginia (No. 10 Mississippi State) and Oklahoma (No. 25 LSU) besting ranked opponents.

“I said it last year (that the NCAA landscape was wide-open), but I think this year, more than ever,” senior forward Joyner Holmes said. “It is wide-open. But first, we have to finish conference play.”

“I just expect this to be exactly what it always is against West Virginia,” Aston said. “They’re very physical. They can really score the ball in a lot of different ways. Their perimeter players are just terrific and their bigs know what their jobs are.”

After TCU stunned the Longhorns in their Big 12 opener, Texas bounced back with a 81-75 win at Iowa State on Monday. Holmes scored 17 points and was two rebounds short of a double-double. Still, she and center Charli Collier each have nine double-doubles so far, which is tied for seventh most in the country.

“Everyone knows that they play hard, they play just like us,” West Virginia guard Tynice Martin told reporters this week about Texas. “We have to match their intensity and shut down what they like to do most, which is go to the post.”

Someone will be 0-3: Texas, Kansas State meet in must-win Big 12 situation for both