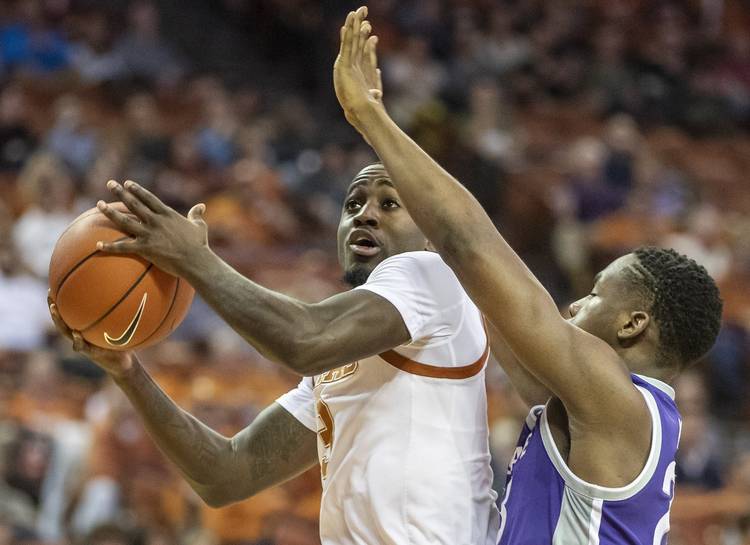 Texas coach Shaka Smart doesn’t look back. He believes it’s counter-productive. But every Longhorn should in this specific case going into Wednesday’s game at Oklahoma State.

There’s often irony in Big 12 scheduling. Last year, Texas started 2-0 in league play and went to Stillwater, Okla., looking to push on the gas pedal. Instead, Smart’s team put forth the most lethargic effort of the season and lost by three. Their perfect league record went up in smoke, and it triggered a three-game losing skid.

“Well our guys should definitely learn quite a bit from that game, the guys that played in that game last year,” Smart said Monday. “But I think more importantly, it’s about this year’s team, and it’s about where we are coming off of this past week.”

Texas (11-4, 1-2 Big 12) has steadied itself after losing the first two conference games. And once again, the Longhorns head into Gallagher-Iba Arena early in conference play while the Cowboys (9-6, 0-3) are struggling.

Notching a Big 12 road victory would be a huge confidence boost before Texas heads into a treacherous two games against No. 6 Kansas on Saturday and then at No. 12 West Virginia on Monday.

UT guard Matt Coleman III looked relieved to get last Saturday’s win over Kansas State. He knew the dangers of falling to 0-3 in league play. He also knows the importance of building on it.

“We’re not satisfied. It’s a long season,” Coleman said. “It did feel good to get a win, especially at home. Now we move on and get ready for Oklahoma State.”

The second half of the Kansas State win was emblematic of Smart’s defense-first theology.

Texas’ guards cranked up the pressure, and the Horns produced six shot-clock violations. Jase Febres had four of the team’s nine blocks. The Wildcats shot 30% after halftime as the Horns won by 14.

“You always want to create an epiphany in the mind of your guys,” Smart said. “What I’ve learned in coaching is sometimes you want that capital E epiphany, but sometimes there’s a lowercase E and then you need another one.”

Smart’s motivational ploy of pulling Courtney Ramey out of the lineup appears to have worked. Ramey went back into the starting five after playing off the bench the last three games and had 11 points and eight assists.

Asked if he would put the second-half film on a loop inside Cooley Pavilion, Smart said, “You should be a coach.”

UT’s three freshmen all got playing time, and Will Baker got his first 3-point shot of the year to bank in.

“Obviously, we shifted our lineup trying to find who will go out there and do the right things and I thought the Kansas State game was a step in the right direction,” Smart said.

All in all, it was a complete win. But it must be noted that Kansas State (7-8, 0-3) is likely to finish near the bottom of the Big 12 standings.

Oklahoma State isn’t likely to scare anybody, either. It’s a team that struggles to score and ranks 336th nationally in 3-point shooting (28.5%).

None of that should matter to the Horns, though. Getting another win is the focus.

“When you have that common cause, that connectivity, and you’re able to lose yourself in a fight, that gives you the best chance,” Smart said.