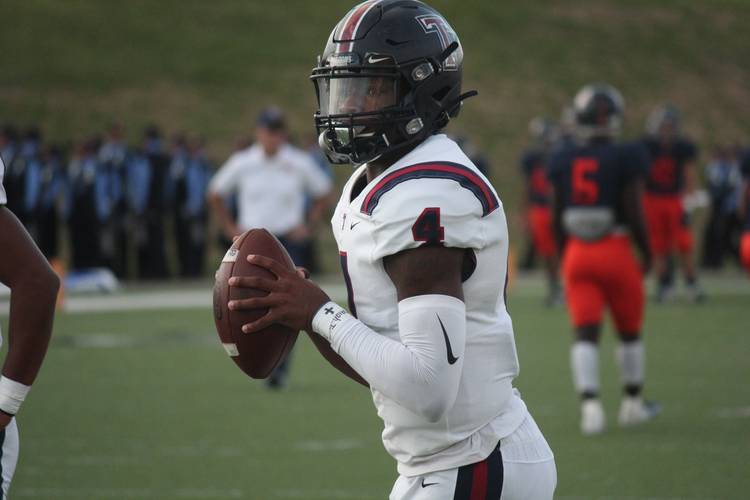 Texas’ 2021 class sits at six members, currently ranking seventh in the country and first in the Big 12. Five of those six prospects are on our initial Fabulous 55. Five of the six commitments also project to the offensive side of the ball.

The cycle within the state is loaded at offensive line and Texas must pull in a strong cycle of big men to feel like the class is a success. We take a look at which positions are the highest priority for the Longhorns in terms of recruiting this year, beginning with the offense. We’ll look at defense on Thursday.

There’s no excuse for the Longhorns not to sign a handful of top-notch prospects along the line. Texas holds a commitment from Conner, a four-star tackle from Katy Taylor who’s a national top-300 prospect and ranked 31st on the Fab 55. The 6-5, 317-pound prospect can play tackle or guard.

The big fish within the state are the Brockermeyer twins. Tommy is a five-star tackle who could end the cycle as the top-rated offensive lineman in the country. His brother James is a four-star center. The Brockermeyers are more than familiar with the Texas program considering their dad, Blake,  starred for Texas and their older brother Luke plays for Texas. The Longhorns can’t let an out-of-state power draw a legacy away.

The best interior lineman in the state is Foster, a high school teammate of Conner’s. Foster is a bully of a lineman who also excels as a thrower on the track team. Texas is among his top schools. Other names to watch include Miller, an Arizona native that was prep teammates with 2020  running back signee Bijan Robinson. Byrd and Wykoff are also four-star tackle prospects.

Bowman, a four-star from Denton Ryan, is listed as an athlete by recruiting services and has stated on numerous occasions that his college position is not set in stone. He stars at receiver and safety for the Class 5A powerhouse. His ability with the ball in his hands leads me to believe that Bowman is destined for the slot and special teams. Bowman is the third-ranked athlete in the nation and No. 6 on the Fab 55.

Texas held the commitment of Davis, a four-star from Dallas Skyline, until October. The speedy highlight reel receiver has kept Texas among his top schools and maintains that his decommitment was to give him the freedom to visit other schools. The Longhorns want to build recruiting pipelines into south Dallas programs and Davis would be a prospect that could help the program in his first year on campus.

Texas hopes to sign three or four wide receivers. If Bowman moves to receiver full-time and Davis comes back into the fold, the Longhorns are halfway done with two speedy options at slot. The goal will turn toward finding big-bodied outside targets like the Green twins from Allen or Neville.

The reality of modern college football is that nearly every recruiting class requires two quarterbacks. Texas is halfway there for 2021 with Milroe, a four-star dual-threat from Katy Tompkins. He’s already the face of UT’s class and doing his best to bring the Houston area’s best talent with him to Austin. Milroe arrived on the scene as a sophomore, leading Tompkins to its first-ever playoff appearance. The program made the playoffs again in Milroe’s junior year.

Robertson and Nussmeier were offered by new offensive coordinator Mike Yurcich. Both are more traditional pocket passers with big arms. That may show the direction in which Yurcich hopes to steer the offense, with an emphasis on the vertical passing game and less on a quarterback’s ability to threaten a defense with his legs.

Texas feels good about the position with Jared Wiley and Brayden Liebrock waiting in the wings. Still, the Longhorns want to be the physical bullies of the Big 12 and continuing to improve at tight end is one way for Texas to remain multiple on offense. Davis is listed as an athlete by recruiting services. He’s played on both sides of the ball. He likely projects to tight end at 6-4 and approaching 220 pounds.

Texas held a commitment from McRee, a four-star from Lake Travis, until early February. It’s a strong year in-state for tight ends with offers out to Gumms, Crownover, Arroyo and King.

Texas’ running backs room went from a detriment in 2019 to a perceived strength entering the 2020 season. Adding Robinson to a group led by Keaontay Ingram and Roschon Johnson gives the Longhorns a trio of options. The depth grows even stronger if 2019 signee Derrian Brown can make his way back from brain surgery that cost him his freshman season.

The Longhorns can afford to be picky at the position in 2021 and the top target is Johnson, a four-star speedster from Cypress-Fairbanks outside of Houston. He ran for 1,951 yards and 37 touchdowns as a junior, earning all-state honors and District 17-6A’s offensive MVP honor. Texas hopes to pair Johnson with a high-upside running back like Brooks, a three-star from Hallettsville.

The Dotted Line: Ranking the recruiting importance of each defensive position for Texas