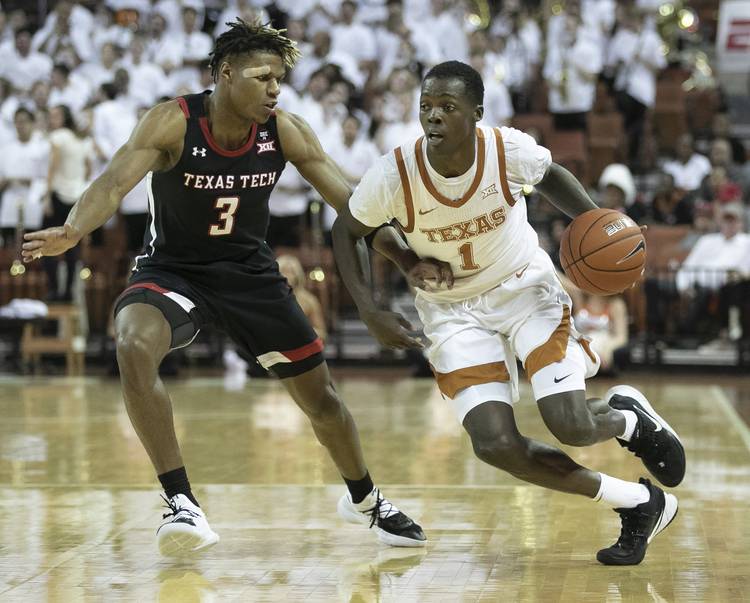 “Just like all great teams do, they responded,” Texas Tech coach Chris Beard said. “They’re playing their best basketball when it matters most.”

The Longhorns (17-11, 7-8 Big 12) are now listed as the eighth team among the last eight left out of the NCAA Tournament, according to ESPN. That’s actually an improvement. Texas wasn’t even on Joe Lunardi’s radar last week.

Texas fans have perked up, and even those in the Tower have noticed.

“I’m excited about three wins in a row; it’s been quite a while since we’ve had a three-game winning streak,” UT President Gregory L. Fenves told the Statesman. “And I’m looking forward to the end of the season and getting into the Big 12 tournament. It’ll be a nice end to the season.”

Asked specifically if Shaka Smart was still the right coach for the job, Fenves said, “I think we’ve got an exciting end to the season to look forward to.”

Fenves’ level of excitement — but maybe not his level of commitment — could grow exponentially Saturday if Texas knocks off No. 22 Texas Tech. The Horns, at 7-8, are tied for fourth place in the league standings while the Red Raiders (18-10, 9-6) stand third.

To be clear, making the NCAA Tournament is a completely separate issue from whether Smart should return for a sixth season.

No UT official will discuss Smart’s job status. Athletic director Chris Del Conte has said numerous times that he does not discuss any coach’s status until the season is complete.

Forget what may or may not happen in April. Focus on the here and now.

Here’s how Texas can make the NCAA Tournament: Beat Tech on Saturday and/or Oklahoma on Tuesday, and then beating Oklahoma State at home next weekend is a must.

A 2-1 finish and at least one victory at the Big 12 tournament in Kansas City would likely seal the deal. Anything short of that would mean another NIT berth.

Saturday will be no ordinary day at United Supermarkets Arena, either. Tech will honor its greatest player ever, Andre Emmett, who was murdered last September in Dallas.

The school plans a fundraiser to build youth basketball courts in Dallas and Lubbock, both in Emmett’s honor. And if that wasn’t enough, Beard made an open plea to Tech students to come revved up. They’ll give students Tiff’s Treats and Taco Villa.

“What else do you want, students? Just let me know. Send me an email, whatever you want. Come to the game, and it’ll be here,” Beard said.

Beard even said if a Tech student comes to the game and doesn’t get a cookie or taco, they can come by the basketball office “Sunday after church.” Beard said he’s working on “the honor system.”

Free food always draws students out of their dorms at 11 in the morning. But so does winning.

Smart’s club was down to only eight scholarship players on Monday and still knocked off then-No. 20 West Virginia by 10. The Mountaineers have lost six straight league road games, but they got no quarter from the group in burnt orange.

Texas notched its third straight Big 12 win, something that hasn’t happened since Smart’s first season in 2016.

“We have to have unbelievable effort,” Smart said afterward. “We have to play together, we gotta help each other.”

Smart talks incessantly about the players’ need to “lose themselves in the fight.” It’s a subjective emotional queue more than any statistical measurable. It’s the 21st-century professorial way of saying the players need to focus.

“And again, the opposite of losing yourself in the fight is self-pity and self-interest,” Smart said. “And I think we have had some at earlier in the year, something that we’ve really tried to put in front of our guys faces, and help them understand we can’t be our best that way and win the last three games. They’ve done a great job of owning who we need to be.”

This team had no choice but to lock in considering how many are sitting out.

At least forward Kamaka Hepa was back at practice this week after missing Monday’s game with strep throat.

The Red Raiders have won five straight in this matchup, but few were as important for the Horns as Saturday.