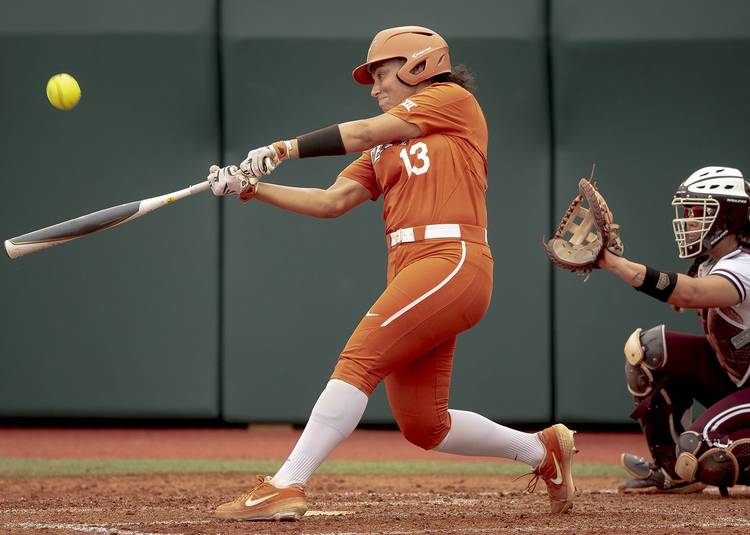 Shannon Rhodes hit a three-run homer Sunday to help the Texas softball team complete a successful trip to California with a 6-2 victory over Boise State in the Judi Garman Classic at Fullerton.

Miranda Elish (9-3) struck out 10 Sunday in a complete-game victory, giving up eight hits but no walks. It was the 24th 10-strikeout game of her career, including 13 at UT.

The Longhorns jumped in front in the bottom of the third inning as Janae Jefferson walked and came all the way around to score on Lauren Burke’s double to the wall in right-center.

The Broncos went up 2-1 in the top of the fourth as Bradie Fillmore homered and Karlee Johnson hit an RBI single.

Rhodes’ blast came after a hit batter and a walk in the bottom of the inning.

Texas got two more in the fifth, as Jefferson led off with an infield hit, Burke doubled her to third, Courtney Day hit a sacrifice fly and Mary Iakopo added an RBI groundout.

UT will return to action Friday in the Longhorn Invitational at McCombs Field. The Longhorns will face Liberty at 4 p.m. The tournament opener will pit New Mexico against Texas Southern at 11 a.m.