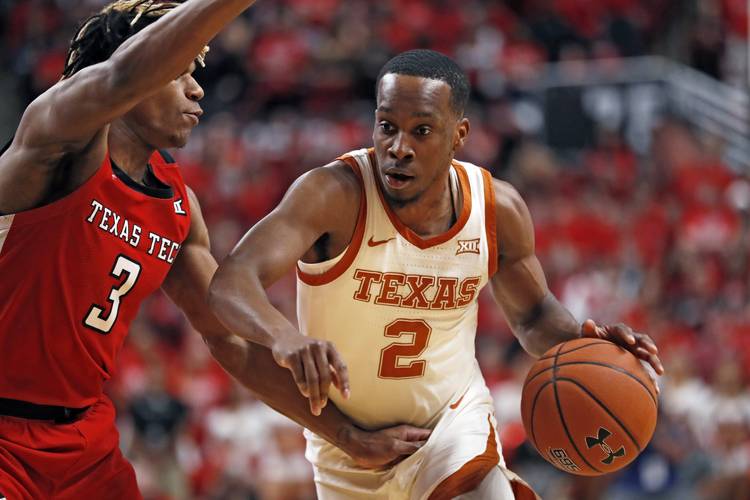 If Texas coach Shaka Smart has stressed anything over the past five seasons, it’s the importance of focusing on being in the moment.

Rarely has that been more important than this week.

The Longhorns finished the regular season in a four-way tie for third place and will be the No. 4 seed in this week’s Big 12 Tournament in Kansas City, Mo. It’s a critical event, to be sure.

“It’s about really preparing well to go up there and be the more aggressive team,” Smart said after Saturday’s meltdown led to an 81-59 loss to Oklahoma State.

Both the Longhorns and Red Raiders have a legitimate claim to be in the NCAA Tournament field. Any team that finishes third in this conference shouldn’t have to worry. That’s especially true in a season when league champion Kansas and second-place Baylor might both get No. 1 seeds.

Still, Texas fell 11 spots Sunday in the NCAA’s NET rankings, the analytical formula used to gauge teams against each other. After the Oklahoma State debacle, UT dropped to 68th.

Of the four teams tied for third, Texas has the lowest NET ranking. West Virginia is 17th, Texas Tech is 22nd, and Oklahoma is 44th.

If there’s a plethora of upsets in the mid-major conference tournaments and UT doesn’t take care of business, Selection Sunday could be disappointing.

But none of that should matter to the Longhorns themselves. Focus on being in the moment, as Smart would say.

“Whoever we play on Thursday, we just need to focus on that,” guard Matt Coleman III said. “We’re not finished. We got a reality check. It’s just about having the ability to just focus on the next most important thing and take care of business in Kansas City.”

“We take their best punch, and they knocked us out with it,” Tech coach Chris Beard said after his team’s loss. “We’ve just got to stay the course and understand this is what March basketball is.”

There wasn’t much to be constructive about Saturday. Freshman Kai Jones led the Horns with a season-high 20 points and seven rebounds. Coleman added 18 points. But overall, Texas shot 35.2% while Oklahoma State just shot the lights out, along with one speaker, apparently.

“We started out 0-8” in Big 12 play, OSU coach Mike Boynton said. “I’m proud of our seniors for keeping our locker room in a positive frame of mind.”

Credit Smart for the same thing. The Horns could have easily folded after a four-game losing streak capped by a 29-point rout at Iowa State. But those in Cooley Pavilion stayed focused on the moment.

Down to eight scholarship players, Texas won five straight and got back into NCAA Tournament contention. Even after Saturday’s loss, ESPN’s Joe Lunardi still had Texas as the second-to-last team in — No. 67, if you will.

Texas is playing for more than the NCAAs. Smart is fighting to keep his job for next season. Another NIT appearance might force school officials to make a change.

Andrew Jones didn’t get to play in the NCAAs two years ago when Texas lost to Nevada. Courtney Ramey hasn’t been there, either. UT’s eager freshman would love a chance in the Big Dance.

Texas needs a strong showing in Kansas City for a host of reasons. They need to focus on the moment.

“We let this one slip away, but we’re not going to hang our heads,” Ramey said Saturday. “We’ve still got basketball games to play in Kansas City. I know we’re going to do a good job of responding because we’ve done that all year.”

All games on the ESPN family of networks.