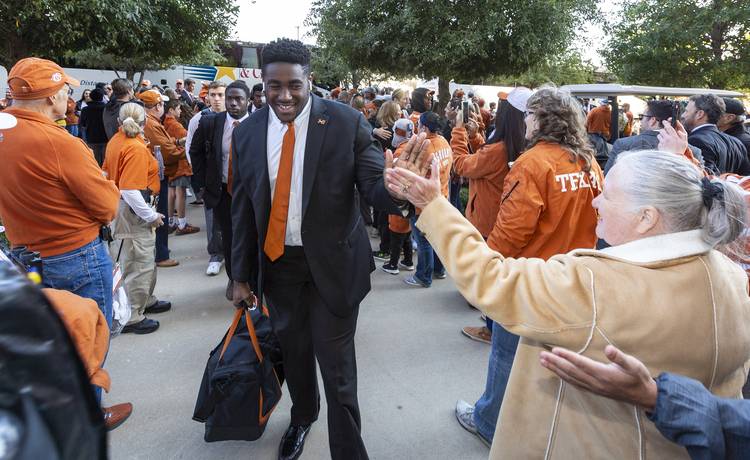 Texas offensive lineman Denzel Okafor (78) enters the stadium before a game against Baylor on Nov. 23, 2019 in Waco. [Stephen Spillman for Statesman]

Texas offensive lineman Denzel Okafor has put his name into the NCAA transfer portal and will explore his options, according to a team spokesman.

The 6-foot-4, 310-pound junior has played in 39 career games and started five. He played in every game during the 2019 season but contributed mostly on special teams.

The timing may seem odd considering sports have stopped over the COVID-19 outbreak, but recruiting continues. The Longhorns are also scheduled to resume classes Monday, although students will be learning in an online environment.

Okafor would likely be a graduate transfer candidate since he’s been enrolled at UT since 2016.  He has played in three seasons and redshirted in 2018.